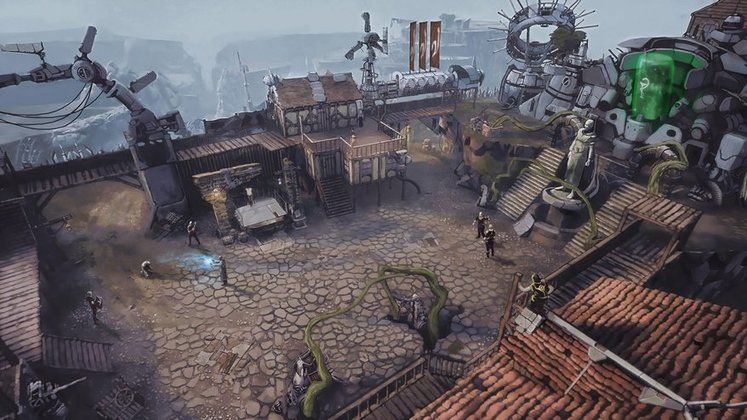 IMGN.PRO, the team behind the very creepy horror game Kholat, has teamed up with the former CD Projekt RED developers at Fool's Theory to announce a new "Thief-inspired" isometric RPG called Seven.

"Seven is a Thief-inspired, 3D isometric RPG in which players will get a chance to freely explore the sandbox world of Vetrall Empire," the developers explain. "Set in a 'beyond post-apocalyptic' environment the title will redefine the isometric RPG genre."

It will attempt to do that by adding a free-traversal parkour system, which lets the main character flip and jump around the level both vertically and horizontally, presumably avoiding guards rather than taking them on directly, where possible. The story comes from several of the minds behind The Witcher 3, and will feature "lots of branching choices and difficult moral decisions".

It all sounds very intriguing. We're in the early stages right now, but my interest is certainly piqued. There's some real pedigree behind this one. You can find out a little bit more about Seven on the game's official website.