20 July 2015 | By Nick Horth
Capcom has announced one of the four entirely new characters that will be winging their way to Street Fighter 5 for the first time, the hairy wild-man known as Necalli. He has an "animalistic" fighting style with "no finesse". Sounds perfect for me.

"Players who enjoy a straight forward, hard hitting character will feel right at home with Necalli, as he possesses a wide variety of savage, close range attacks, as well as a command grab, all with the goal of demolishing his foes," explains Capcom.

Necalli's V-Skill is Culminated Power, which sees him pound the ground like a madman. Players can alter the direction and impact by holding the joystick. His V-Trigger is Torrent of Power, which makes his hair go all red and funny, and also gives him access to new combos and Critical moves.

As for his backstory, Capcom's going to reveal that at a later date. In case you missed this morning's news, the studio also revealed at fighting game championship Evo 2015 over the weekend that all DLC for Street Fighter 5 would be obtainable by playing the game.

Street Fighter 5 is set for release on PC and consoles in March 2016. 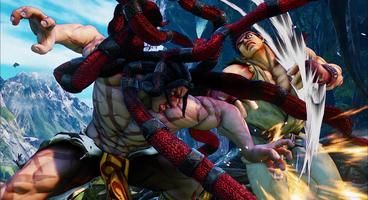 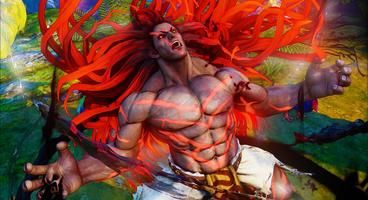