Lords of the Fallen team working on The Surge, a "visceral, hardcore" sci-fi RPG

22 July 2015 | By Nick Horth
Deck13, the studio behind the enjoyable if derivative fantasy hack and slasher Lords of the Fallen (basically Dark Souls with an angry bald man), is developing a new, sci-fi RPG called The Surge, to be published by Focus Home Interactive. The publisher is bringing the game to Gamescom next month, so expect to get the full scoop on it then.

For now, we know it's being described as a "visceral hardcore RPG with innovative new combat mechanics". Which, admittedly, is not a lot to go on. 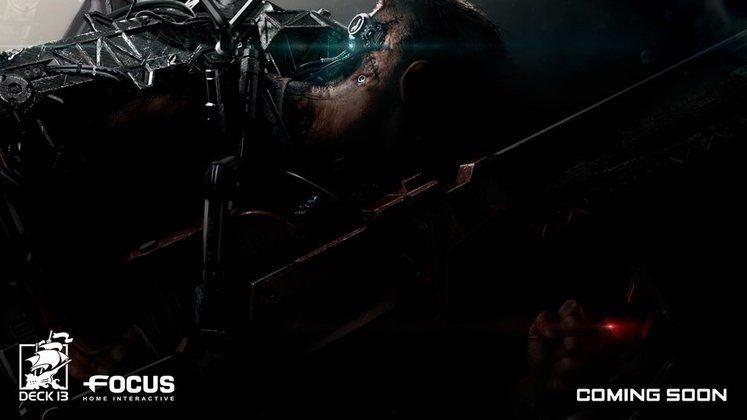 Deck13 teamed up with CI Games for Lords of the Fallen, but the already confirmed sequel will be handled entirely by CI. There's been no official explanation for the split, but it's not hugely surprising that two distinct development teams would want to go their own way.

The only image released so far, which you can see above, seems to show a soldier with a cybernetic implant wielding some kind of chainsaw weapon in one hand, and a power gauntlet in the other. From this, I have deduced that at least part of the game will involve hitting people with futuristic chainsaws. You can quote me on that.