Hearts of Iron IV: What If Hitler Fell At The First Hurdle? 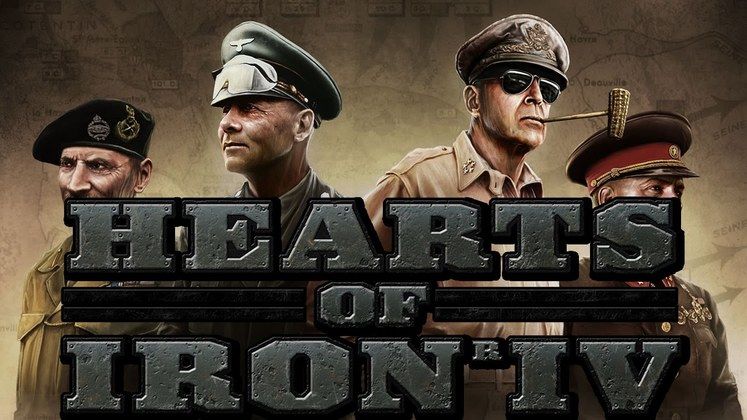 "Players are going to be playing with hindsight in mind," says Hearts of Iron IV’s lead designer Dan Lind in a developer diary released back in March. "They know Hitler is gonna start some shit in Europe."

Well, not necessarily. But we’ll get to that in a second.

Throughout its two year-long marketing drive, Hearts of Iron IV has asked the question ‘what if?’ time and time again. Based around the events of World War II, the game employs an opportunistic AI that’s out to win, but pays deference to factual context. Historical accuracy can be turned off, though, which is where what if really comes into play.

"For me, personally, it’s the ‘what if?’ scenarios," adds Mats Virtanen, the game’s lead 2D artist, in the same dev trailer. "What would happen if Japan opened up a second front when the Germans invaded Russia?"

Or what would happen if Berlin fell to Poland before 1940? If Blitzkrieg was never put in motion? What if Hitler fell before the war even begun? Rather amusingly, I can answer all of the above. 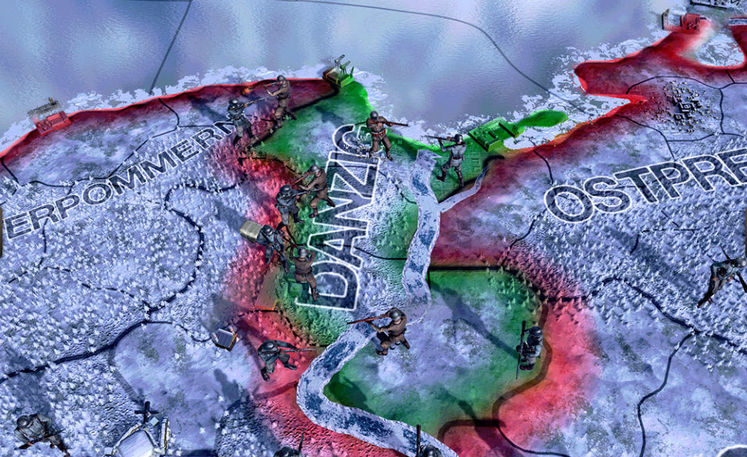 It’s January 1, 1936 and dark times are coming, so says Heart of Iron IV’s introductory predication. I head Adolf Hitler’s Third Reich, and we’ve swiftly discarded the military restrictions posed by the Treaty of Versailles in our quest for global domination. Now, there’s something truly unsettling about assuming control of Nazi Germany, even within a videogame, however it does make for an interesting experiment - particularly within a game so tied to the Second World War. Dark times, indeed.

A quick aside before we go on: in a subsequent playthrough, I attempted to subvert the annals of time by playing peacekeeper with the German Reich. This ultimately saw me invade the Soviet Union out of necessity, saw Stalin reign victorious, Mussolini rising to greater prominence, and I’m not sure the world was in a better position than what actually happened in real life. A funnier story, the one I’m about to tell, is when I tried to follow Germany’s actual historical path and fell flat on my totalitarian face.

So, 1936, Germany, and the first order of the day is to capture Poland at some point in the next four years. The German ranks house a substantial number of troops from the off but our expansion is a vast and enduring process, thus we set out to build squadrons upon squadrons to conquer whatever comes our way. We build military factories in order to produce infantry equipment, towered artillery, support supplies, motorised vehicles and, of course, tanks. We assign naval and air units to our wider-flung occupations to counter our foes when we eventually wage war further down the line. We’re kitted out for battle, in essence.

Time marches on and scripted historical targets guide us towards our end game. We remilitarise the Rhineland, form an alliance with Mussolini, sign the Nazi-Soviet Pact with Stalin, engage the Anschluss. Through gritted teeth, I complete other equally horrid ‘goals’ consistent with the factual timeline, and, thus far, we’re on target to capture the Land of the Fields in due course. 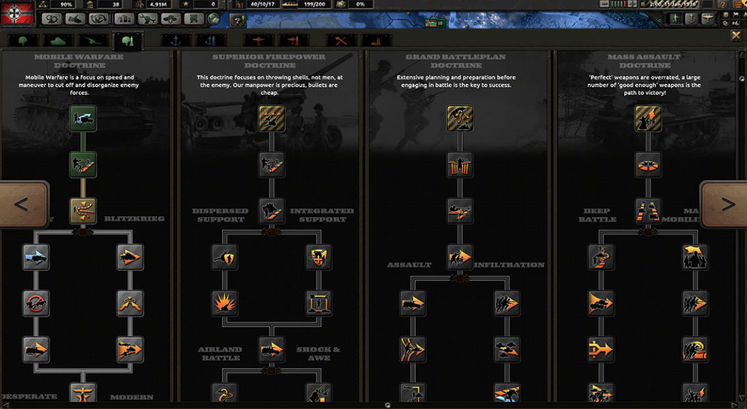 Years pass, Poland now knows we’re gunning for it but, having meticulously followed the history books to this point, I can’t see their forces putting up much of a fight. No, they’ll fall as they did in reality and so will begin WWII.

It’s now 1939 and we’re ready to go. In Hearts of Iron IV, nations require legitimate reason to engage others countries in fully-fledged battle, but satisfying the above historical criteria appears to have granted us an Aggression Claim which essentially means we have carte blanche to levy war against the Poles.

But...hang on...where actually are our troops? I mean, I’ve lined up the ones I can obviously spot along the west Polish border but...where’s the rest of ‘em? All of those armies we’ve been building for the last few years?

Right, into the submenus. Let’s take a moment to work this out. Better hurry, though, time’s ticking and Poland looks ready to at least attempt to subdue our advances. I mean, like I said, I don’t think they’ve got a chance once we get going, but we should really get our forces over there quick snap.

Right. It seems...it seems we’ve designated a shit-tonne of military factories to manufacture guns and grenades and bullets and the likes, but we’ve, um, not trained any troops? Is that right? That can’t be right.

It is right. Oh SHIT.

We’ve only gone and built colossal stockpiles of weaponry without having trained any units to use them. Which is a bit of problem. We’ve thrown up dozens of idle factories all over the shop that’re brimming with explosives - in Bremen, in Hannover, in Magdeburg, in Dortmund, everywhere - but we’ve not actively trained one unit in the past three and bit years to know how to handle them. Great. 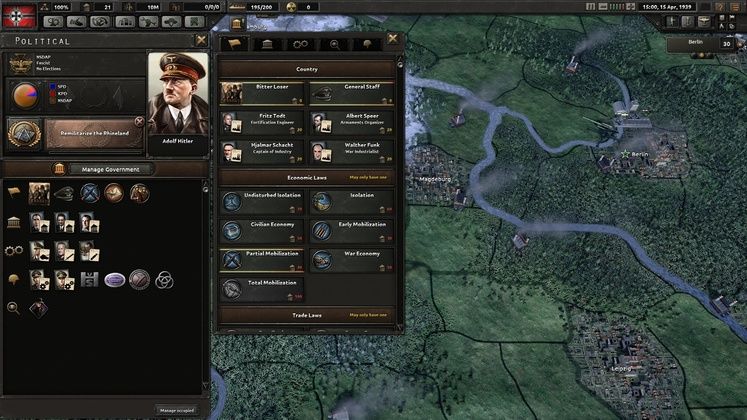 You see, while I was convinced I was building an army, I actually wasn’t. I’d completely missed the training aspect of the operation and while building up equipment reserves in Hearts of Iron IV is immediately obvious, actively training units alongside them, for me at least, wasn’t. I blame this on a combination of me being a bit of an idiot, and the game’s slightly confusing tutorial. It’s probably 75/25 leaning towards the former, but it’s nonetheless determined the direction of this war in the earliest of stages. Best watch out for that wee discrepancy in your own games, but at least the Nazi’s look set to inadvertently get their comeuppance, yeah?

Training troops, by the way, takes a good few months to complete, so as I scramble back to the barracks, Poland spots my panicked disorganisation. They charge, my border patrol is overwhelmed, the Poles valiantly push west, and Berlin is captured in the summer of 1939. Hitler’s been felled before the war’s even begun. I’ve forced a hole in the space-time continuum and Doc Brown isn’t best pleased. I’ve made an arse of it, basically. Scheisse.

France are now hot on Poland’s heels and All Quiet on the Western Front, it ain’t. But we’re pretty screwed from the East, North and South in any event.

So what have I learned from the ordeal? Well, I quite like the idea that I wasn’t very good at masterminding a dictatorship regime, and, in all honesty, being bad at being Hitler feels like a relief. Oh dear, how sad, never mind. Auf wiedersehen!