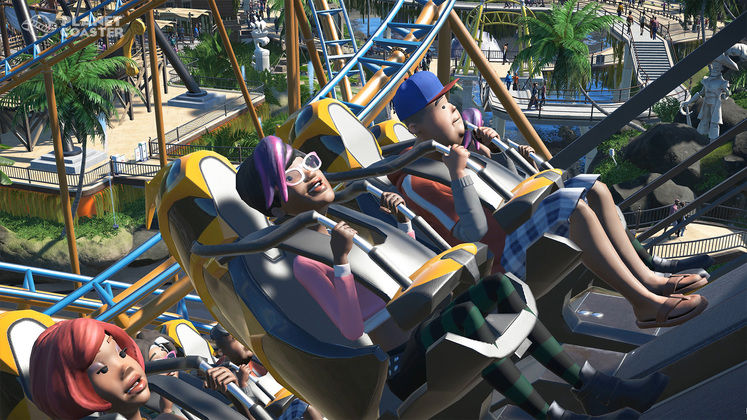 If you remember one thing about RollerCoaster Tycoon, it's likely accidentally realising your ambitious plans for an amusement park ride can quickly lead to disaster - then you repeat those disasters again and again to as you experiment with utter carnage.

So, of course, expect to be doing the same when Planet Coaster arrives next week. What is viewed as the true successor to the Rollercoaster Tycoon series, Planet Coaster introduced coaster crashes through a trailer issued in September. With the game due to leave early access in just a few days, here's 2 of our favorite wrecks in good ol' slow-motion.

Coming straight from the announcement trailer itself, you can grow accustomed to the forces playing against your park's paying customers once a weighty coaster cart - or multiple - scoops them up like an ice cream before the inevitable explosion does the rest of the work.

Uploaded yesterday by a YouTube user by the name of De-Lady-signer, we get to witness another wreckage lift the busy crowds of the Merryweather park as they jump up and down seemingly wishing for sweet relief.

We're sure to have complete freedom when it comes to ending our coaster tracks prematurely, but we'll have to give it another few days before we can be certain. You can pick up Planet Coaster from Steam for 10% off right now.