The Overwatch Winter Wonderland Update Is Here - There's Skins For Everyone! 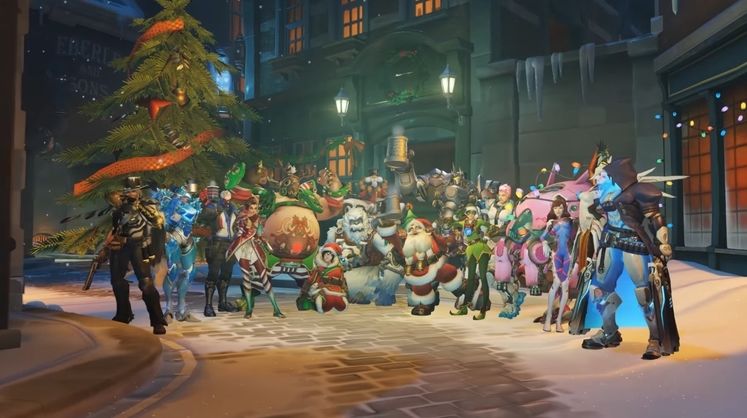 It's takes weeks of careful datamining to achieve nothing in comparison to what Blizzard can release in a single blow. The Overwatch Christmas Event is live, and there's certainly a lot of skins to go with it.

Another holiday, another Overwatch loot box extravaganza. It's hard to say when we'll start seeing casual skins released on a basis MOBA titles typically enjoy because of two things; 1. Overwatch isn't a MOBA 2. They're releasing whole sets for events less than months apart.

Everyone's feeling the festive cheer on three decorated maps; Hanamura, King's Rown and Ecopoint Antartica (which has a snowman bulging out of the cryogenic chamber!) But of course, the focus here is the skins. With the usual holiday lootbox stampede taking place, everyone's gunning for their main's Christmas garb. And there's a lot of them. From D.VA's clever use of festoon lighting to Winston becoming the Yeti. But best of all, Mei takes centre stage with her new game mode.

You know what would be handy right now? Using WoW tokens for extra holiday lootboxes.

Mei's Snowball Offensive! Take the trip to Ecopoint Antarctica to partake in a classic snowball fight. Respawns are turned off and only a single snowball can fit in her compact ice-blaster. Stay still long enough to vaccuum up another from the piles of snow around you and you might just get another chance - or get pounded as a punishment!

The Winter update is now live. Be warned, though, as some were experiencing slower-than-usual download times for the patch. You can bet the masses are back for their Xmas loot.