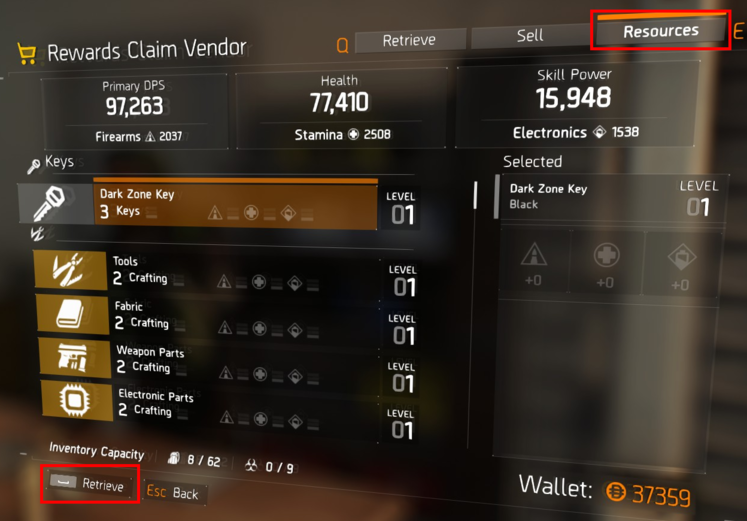 Massive Entertainment have been dealing with bugs in The Division since it launched, so here’s another exploit to make matters worse.

On Monday, we reported on Ubisoft’s fix to the Falcon Lost exploit which saw players constantly gain the weekly mission reward despite not actually completing the mission. 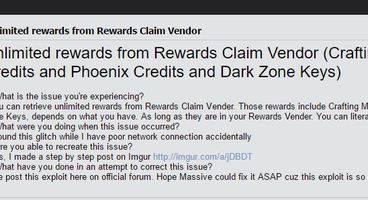 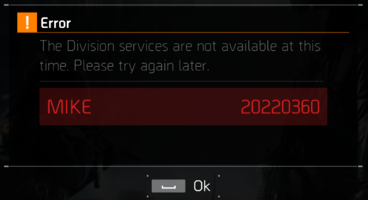 As a result of this exploit, Ubisoft disabled the weekly mission, stopping legitimate players from earning rewards over the weekend. To apologise for this, Ubisoft are allowing all players to claim a reward from the Rewards Claim Vender. Howar31 on Reddit has discovered a way of exploiting this through the use of a third party tool. This tool allows players to gain unlimited rewards, allowing individuals to become the most powerful players in the Dark Zone.

As far as we can tell, it looks like this exploit is limited to the PC version only. We aren’t too sure who is to blame for this exploit; Howar31 had to use a third party tool to exploit this bug. Arguably, that’s on the same level as hacking the game. While Ubisoft is to blame for a lot of the problems seen in The Division, we can’t say this exploit was entirely their fault.

What do you think about all the bugs found in The Division? Let us know in the comment section below.