Much like we were gifted a new Overwatch comic for Halloween, we've been given a similar present for the holiday season. And this one broke the internet.

Slowly but surely, there's a long, intricate lore being carved out for Blizzard's debut shooter. Betting on its success, the breakout hit of 2016 started its reveal with some incredible CG animation that continued with its character-focused sequels as time went on. 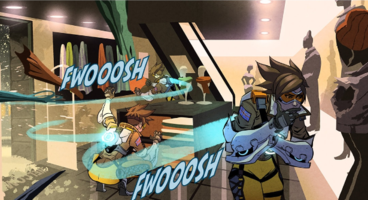 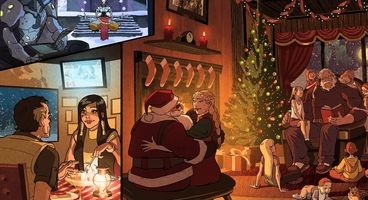 But with the debut novel being canned for whatever reason, we're still running on the hope of new comics, CGI shorts and cryptic in-game voice lines and posters to tell the ongoing story of the world's need for heroes. And in the latest graphic novel snippet, we're given a glimpse into how our cast of powered individuals spend the holiday season.

Despite what the comic might show, Christmas in Overwatch is still about knocking your opponent to the ground.

While the rag-tag duo of Junkrat and Roadhog tear up the streets in their shockingly small car and Mercy continues to tend to the wounded, Winston is left waiting on Tracer before he can finally be at ease with the loneliness brought on by the world's conflict. After a hectic trip to the store, Tracer broke the internet by confirming a suspicion brought on during her original reveal.

You probably heard about it yesterday, but if not, it's a nice little reveal. It comes and goes in a suitable 'so?' manner before getting back to the more important things. How the rest of the cast spend the holidays. What's next? Valentine's Day?