25 January 2016 | By Jonah A. Falcon
Paradox Interactive has released a new developer diary for their upcoming 4x grand strategy game in space, Stellaris. The new diary discusses the starship combat portion of the game, which is somewhat reminiscent of Interplay's Starfleet Command and Star Fleet Battles, the board game on which Interplay's game was based. 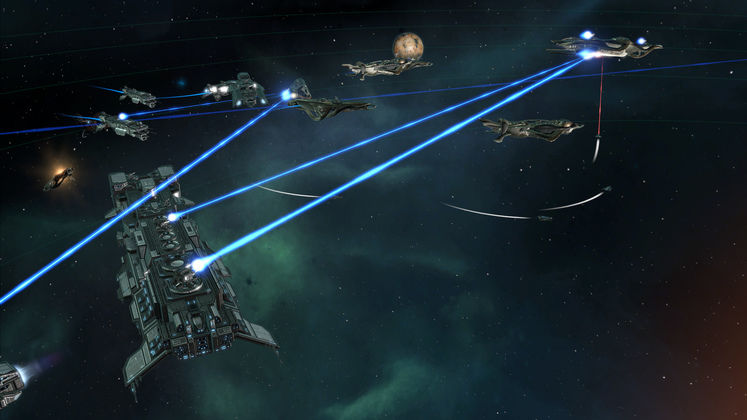 For starters, all starship weaponry are classified into one of five categories: energy, projectiles (kinetic), missiles, point-defenses and strike craft. Each of these categories have their own effects. "Mass Drivers and Autocannons are both projectile-weapons with high damage output and fast attack-speed, but quite low armor-penetration," explained the developer in the update. "This makes them ideal for chewing through shields and unarmored ships quickly, but are far worse against heavily armored targets." Meanwhile, missile-type weapons have an extremely long range but are susceptible to being intercepted before they reach their target.

Naturally, strike craft are just little ships that launch from larger ones. At the moment, there are only two types of such vessels: fighters and bombers. Fighters can shoot down missles and attack other craft, while bombers are incapable of ship-to-ship combat but are effective in whittling down capital ship defenses. 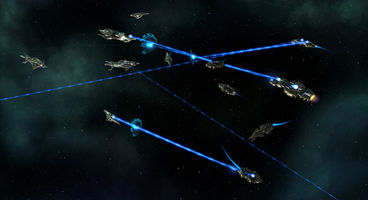 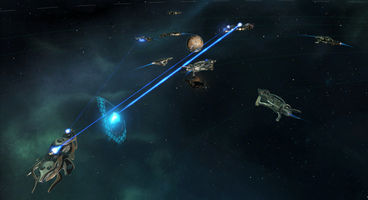 Having an Admiral leading a fleet has a profound effect on ships overall. "You may also affect the overall stats (values) of your fleet by assigning an Admiral to it. The stats of your fleet will both be affected by the skill and the traits of your leader." states the diary, and "good admirals assigned to their military fleets since they can really improve your stats, like +20% fire rate and +10% evasion." It warns that players have to be careful of some of the negative traits an admiral may have as well.

Players should keep in mind that unlike Starfleet Command, they will have very little direct effect on the battle, just issuing commands for what stance the fleet will adopt, such as passive or aggressive. "For this reason it is really important not to engage in a battle that you are not ready for," warns the diary. One of the options players do have is the Emergency FTL Jump, which is basically sounding the retreat. Ships will be unable to fire and will be vulnerable to the enemy as they prep the engines to make a hasty exit.

However, players can give the AI instructions as part of a combat plan, and new combat tactics can be unlocked. "When you design your ship you may specify what combat computer to use on the ship. These computers range from making your ship super aggressive, and basically charge the enemy, or be really defensive and keep formation. At the start of the game only the default combat computer is available, but more are unlocked through normal research or reverse engineering."

Stellaris has no set release date. According to Paradox, the game will be "coming soon".