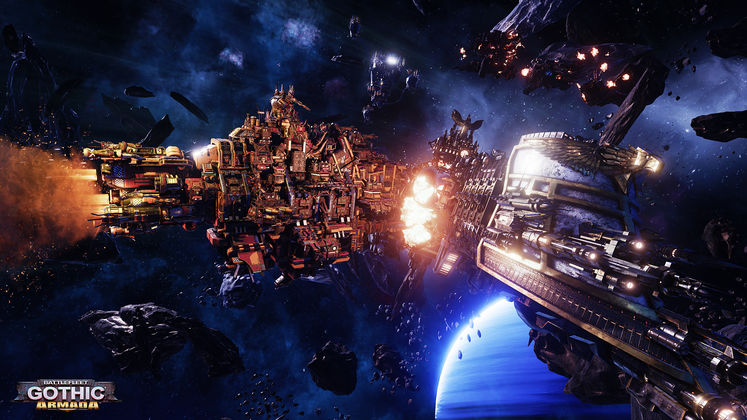 Focus Home Interactive are hoping to release Battlefleet Gothic: Armada in March. Set in the Warhammer 40,000 universe from Games Workshop, this space RTS will feature both a multiplayer mode and a cinematic solo campaign.

Today we can provide a bit more information on the solo campaign, which will plunge players into the heart of the battles of the 12th Black Crusade of Abaddon. Expect to be threatened by Ork pirates and Eldar corsairs, while the Chaos forces invade your territories and make assaults on Imperial worlds, with allies requesting the support of your forces. All of these scenarios insures that multiple events can take place at the same time, leaving you to make critical decisions and face up to the consequences of those decisions. 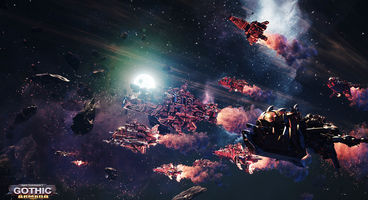 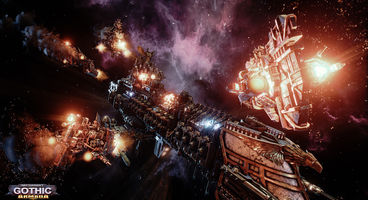 The solo experience will feature many cinematics, mixing game sequences with artwork that supports the story and the major events of the campaign, which are sometimes influenced if you win or lose missions.

Battlefleet Gothic: Armada is available to pre-order from Steam, with those that pre-order early gaining access to the multiplayer beta, which will begin a few weeks before the official launch of the game. Early adopters will also get an additional faction for free – the Space Marines – that will be playable a few weeks after launch in both multiplayer modes and in skirmish against the AI.

Pre-orders currently come with a 10% discount, and if you need any idea of how the game plays, check out Nick Horth's first impressions from back in January 2015.