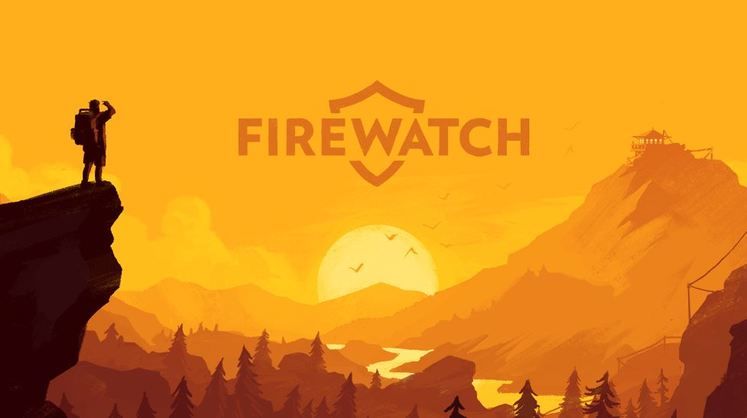 Campo Santo’s Firewatch is memorable for several reasons: the amazing art direction, the great story and those amazing Ford adverts. Wait, that isn’t right. Ford clearly appreciate the art of Firewatch, so much so that they’ve stolen Campo Santo’s promotional art and have decided to use it for their ad campaign.

These Ford advertisements have only been sent out via email right now, as to whether they will be printed is another thing entirely. It doesn’t really matter, as Ford have published a video on YouTube using the Firewatch art back in April, so the car company clearly aren’t afraid of any repercussions. 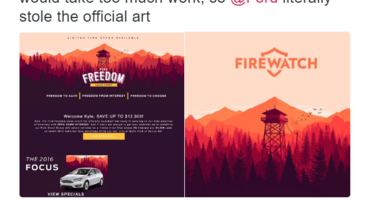 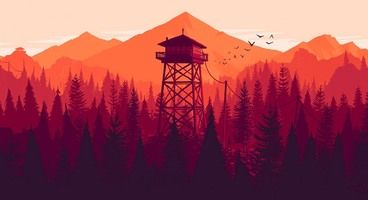 Co-founder of Campo Santo, Sean Vanaman believes Ford’s advertising campaign was done by a local dealer, otherwise he’d be more than happy to accept a free Ford car. Here are all of his comments on the stolen promotional art from Twitter:

“Come on down to the Quirk Ford Freedom Sales event where ur free from such things as ‘copyright’ and ‘infringement!’”

“We live in a time of infinite free content so it's really no wonder everyone thinks everything is free on the internet.”

”We've had a good laugh over a crappy car dealership flier but it's really a non-story. olly and his contemporaries get yoinked 100x a day.”

Olly Moss, the artist of the stolen piece simply laughed at the advertising campaign on Twitter. He must see his art stolen by people constantly, so it’s not too surprising that he doesn’t have a real response to it. It’s just a shame a huge company like Ford has to stoop to the same levels as some nobody on Twitter, considering the amount of money they have access to. 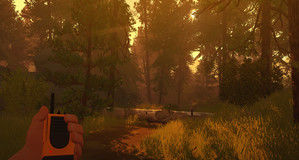