Paradox Interactive has suddenly introduced the first major expansion for their award-winning strategy title Stellaris: Utopia, but we likely won't hear much more of it until at least GDC.

Stellaris: Utopia didn't debut with a particular release date in mind, but it aims to take your civilizations off into new horizons whenever it does arrive. Your own imagined version of a utopia may not have included quite so many alien bodies, space stations and Dyson Spheres, but that's what you're getting here. 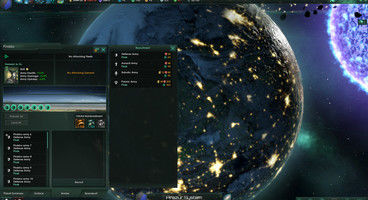 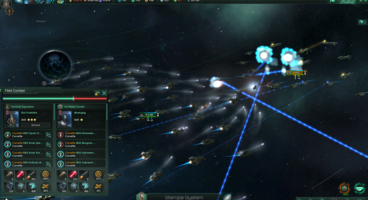 Applauded for how it allows your chosen species to live alongside the galaxy in whatever way they please, Stellaris: Utopia looks to mix things up a little by adding even more potential paths for your people to walk down as they attempt to foster and grow into a more dominant species. Ascension Perks will play a major role in this goal going forward. Once your budding species evolves into a higher being with new traditions and research opportunities, you'll be presented with further branching paths allowing you to push them into the direction of adopting more biological, psionic or synthetic DNA.

Getting back onto the topic of a Dyson Sphere, that's just one of the examples of the new Mega-structures you'll be able to build across the worlds colonized by your people. Impress your neighbors with ring worlds and other marvels to add heaps of worth to your growing creations. Habitat stations can act as vertical planets for your rising population, set Rights and Privileges to command your folks.

And don't worry about not picking up a copy, either. While this may act as paid DLC, the team will still be offering tweaks and updates to the base game. Though there's no word of a release date, there's at least a trailer down below. Expect more at this year's GDC.