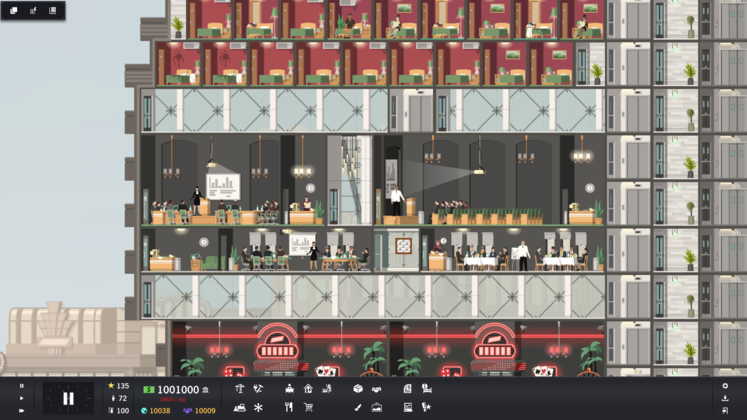 Now slated to arrive very soon on April 13, Project Highrise: Las Vegas isn't a quick-fire sequel or spin-off to the original, but a paid expansion. 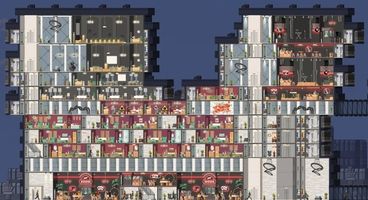 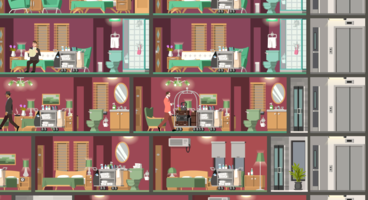 Where the original simply had players micro-managing the hells of an apartment complex and its people, taking the series to Las Vegas means adding hotels, casinos, conference facilities and nightclubs for players to build up and panic about.

Need A Bit Of Critical Context? Here's Dustin's Review Of Project Highrise Ready For You

Amidst the chaos of running a complicated machine like a living, breathing building in the centre of one of the world's greatest entertainment scenes, you'll have the freedom to grow your establishment from a tall living space to a jack-of-all-trades resort. Rocks stars, business big-wigs and comedians can all be invited to add a splash of the big-time to your building while new challenges and a new air conditioning unit of all things should offer up a lot more for players of the original to partake.

Frank Sinatra and Rat Pack are mentioned as the highlights of the Las Vegas entertainment circuit, but there's no saying their likeness will be up for playing at your building. You'll have to unearth the details when Project Highrise: Las Vegas launches April 13. 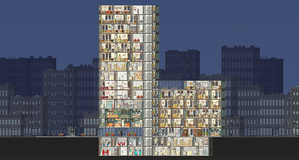