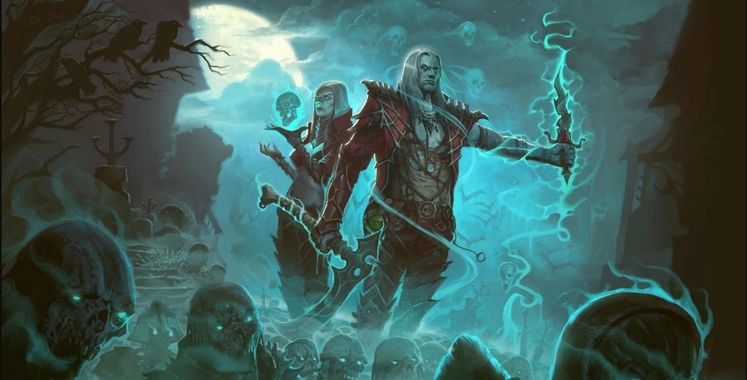 With Patch 2.5.0 and the Diablo Anniversary event coming within a few weeks of each other, it's easy to forget that a new class would be coming to Diablo III in the new year.

Announced during Blizzcon last year, Diablo III had a lot to offer for a game many thought wouldn't see a life past its first year when it launched with the controversial Auction House. It's lived a long and joyous life already, but there's a new character looking to bring more death in a variety of ways.

The Necromancer sounds like a new game in itself, but it's actually another class being added in Patch 2.6.0. Though its name sounds like it could be interchangeable with the current Witch Doctor class, it's a whole new ball game - and you may be invited to run it through its paces.

Log into your Battle.net account how you usually would and make sure you're flagged for potential Beta Access to pre-release builds of Diablo III. They're running this one similarly to how they typically handle pre-release games; and Diablo III itself used it before its official launch in 2012. Of course, it's all optional; but if you opt-in for potential access, there's a chance you'll be able to play through ever piece of currently released content with the Necromancer before the general public. And there's virtually no time limit!

It's all for science, mind you. Blizzard run the risk of severely breaking the status-quo of Diablo III's intricate game of numbers by even issuing a minor tweak. So adding a whole new class needs a lot of data to be funneled back from the players. Thank them for their choice by helping them make sure the Necromancer doesn't break the game. Again.

For a detailed description of what abilities the Necromancer will bring to the table, head here. To read up on the Beta FAQ, try this. Invited are already going out, so make sure to check your eligibility quickly.