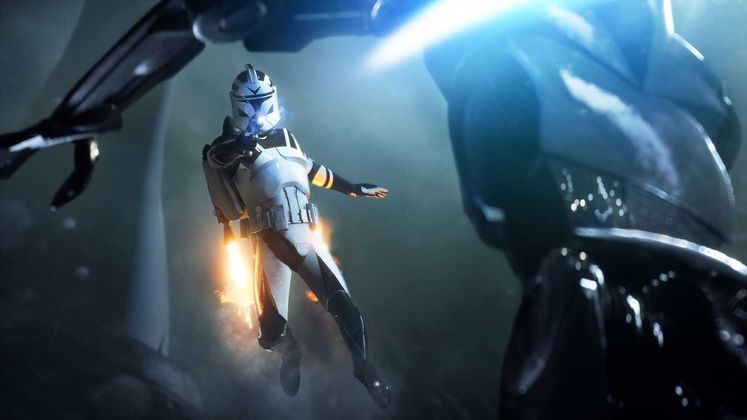 While the revival of Star Wars Battlefront set the world on fire almost as much as the recent trilogy release, it failed to deliver a lasting impression back in 2015 in light of a very good opening movie.

Most likely rushing the game to meet with the hype of the Winter silver-screen blockbuster, EA heard the criticisms. While we're yet to get our hands on Star Wars Battlefront 2 until the Winter months role around once more, what we're seen - and heard - appear promising. So let's get a run-down of what's to come. 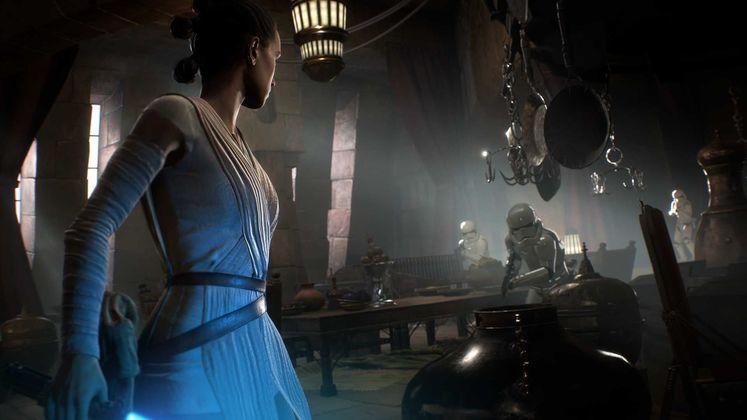 While the vast majority of players will be firing their blasters as generic Stormtroopers, Rebel soldiers and finicky little droids, Heroes return from the first game in EA's revival scheme. Granted to players performing well on the battlefield, there's an ever-growing list of memorable Star Wars characters available as playable avatars - each with their own skills and weapons.

NOTE: The full roster is currently set as simply a rumor stemming from datamining of the current Closed Beta test client. Take it with a pinch of salt.

We grew to know and love her as the princess of Alderaan in the original trilogy, but the character of the late Carrie Fisher grew into the hardened General of the Resistance against the First Order. Which version of we'll be playing as here is still up in the air.

The renegade of the entire franchise, Han Solo is another classic character who eventually had a romantic involvement with Leia. A returning hero character from the first game, you'll be blasting away with his signiture handgun before throwing up your arms in a desperate plea to surrender.

A cult character due to his continued shroud of mystery, Boba Fett is a famous bounty hunter hired by a string of the franchise's notorious bad guys. Revealed to be a clone of the man who raised him as his own, Boba has gone from a quick reference to a beloved character.

If you don't yet know who this fellow is by now, you deserve to have his identify spoiled. A recurring character from the series despite being taken down in the original trilogy, Darth Vader is the corrupt father of Luke Skywalker and a master of the Jedi ways of the force. Now a ruthless and high-standing member of the Empire, Vader consistantly plays a major role in the conflict of the franchise.

Han's trusty Wookie companion, Chewbacca embraces a powerful crossbow as his weapon of choice. A resilient fighter who's been known to protect his friend is dire circumstances, he's got a hell of a temper once something sets him off.

Little is known about this bounty hunter other than his apparent vendetta against Chewbacca. What's the history? Enact it for youself. Get the kill!

The main character of the game's story mode, Iden is a leader of the Imperial Special Forces Group - Inferno Squad. While little is known about his right now, we can imagine most will have a good grasp of her abilities as a fighter once the single-player campaign plays out.

Likely returning in his younger incarnation for this one, Luke Skywalker has been the main protagonist of the series since its inception. Still present - albeit much older - in the more recent movies, he's a capable fighter when it comes to using his trusty lightsaber.

A destructive force introduced in the third movie of the prequel trilogy, General Grievous is noted for wielding upto 4 lightsabers into battle. How exactly you'll go about that in-game remains to be seen, but he's been known to stick with just two at times.

A world-class politician known for getting his way, Emperor Palpatine was first depicted as an aged man whom Darth Vader responded to. Present in the prequel trilogy, however, we've seen this man demonstrate cruel cunning and an apptitude for 'the dark side of the force'.

Luke's mentor and a character otherwise shrouded in mystery. He's given the title of 'Grand Master of the Jedi Order'. Spanning a lengthy life of over 900 years, it explains his wisdom and high combat skill.

A young woman with a lot of mystery still surrounding her, she's the titular Last Jedi from the new movie trilogy. We'll likely have a greater understanding of her character once this year's movie rolls around; but for now, she's stood on a remote island waiting for the aged Luke Skywalker to say... something.

Introduced in the first of the recent Star Wars sequel trilogy, Captain Phasma is set to be a recurring character in the extended universe. As the commander of the First Order's stormtroopers, expect a load-out built upon their long-standing weaponry.

A cult classic character from the prequel trilogy, Darth Maul is known for his dual-sided lightsaber, agile fighting methods and extremely intimidated appearance.

The latest in a string of lightsaber wielding Jedi masters, he's the latest to be coaxed over to the Dark Side and makes constant references to following in the footsteps of Darth Vader. And with good reason! He's known for a lightsaber that resembles a sword and his... tantrums.

The administrator of Cloud City, Lando's sole mission has been to keep the Empire from dragging his planet - Bespin - into the mess surrounding the rest of the galaxy. He reappears frequently, helping the protagonists of the main trilogy sabotage the Empire's plans. 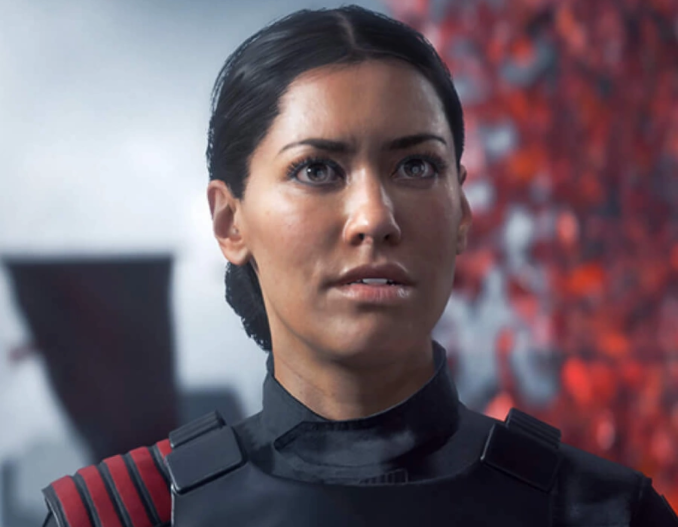 One of the places where EA's last attempted Star Wars Battlefront revival faltered was the omission of a single-player campaign of any sort. Despite DICE's ability to craft impressive cinematic tales in their other gun-heavy games, their original take on the Battlefront franchise was void of its own story.

Star Wars Battlefront 2 puts you in the shoes of Iden Versio - commander of 'Inferno Squad. As the leader of an Imperial special forces group, the campaign is set to take place over a 30 year period; meaning we can expect to run into a host of popular Star Wars characters as Iden Versio pushes through a tale of 'revenge, betrayal and redemption'.

While not necessarily the bread and butter of the original games, the idea of a lengthy skirmish on a massive battlefield with dozens up dozens of other players has been a long-standing goal of DICE and the 'Battle' games for decades.

Building upon the success of the Frostbite 3 engine that's powered both Battlefield 4 and the more recent, and confusing, Battlefield 1, the team's are now have the experience to push the Battlefront experience to the next level. With Criterion Games now lending their hand to the game's vehicular mechanics, too, expect a more refined land and air experience than what was present in the last game.

Star Wars Battlefront 2 features equippable 'Star Cards' used to beef up the skills of your playable unit/class. With each playable class having their own load-outs and skill sets, collecting Star Cards from chests earned in battle is a direct evolution of the Battlepack functionaility present in DICE's recent Battlefield games. If you've played any big-name multiplayer shooter in the last few years, you've likely come across a similar system. Here's what we know about what's in play here. 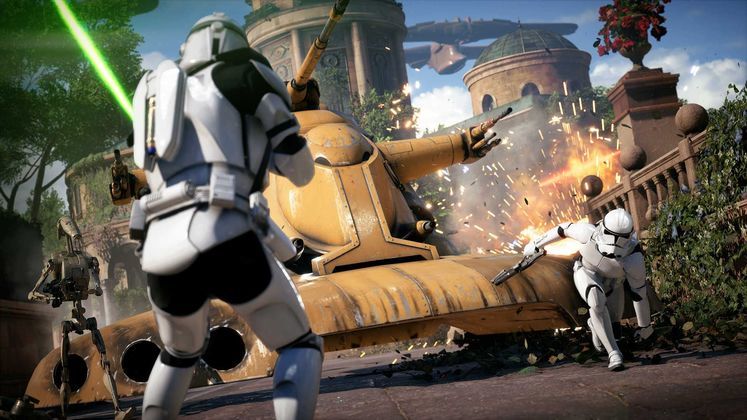 Known to exist in some capacity since the release of the first game back in 2015, Star Wars Battlefront 2 is pencilled in for a similar Winter release date of November 16 (11pm GMT, specifically) - both coinciding with the Holiday video game rush and that of the next main-series movie. For those in Australia etc, you're looking at the morning of November 17 once timezone conversions are in place.

Up on EA's Origin store already, pre-orders are prices at £54.99 and £69.99 for the Standard and Elite Trooper Deluxe Edition respectively. Of course, those with a standing Origin Access membership can shave off 10% from the purchase price.

While the Standard edition likely speaks for itself, the Deluxe edition grants 3 days Early Access to Star Wars Battlefront 2, plenty of automatically unlocked extras (like weapon and ability modifications) and a 'The Last Jedi' costume pack featuring tie-in movie costumes for Kylo Ren and Rey. 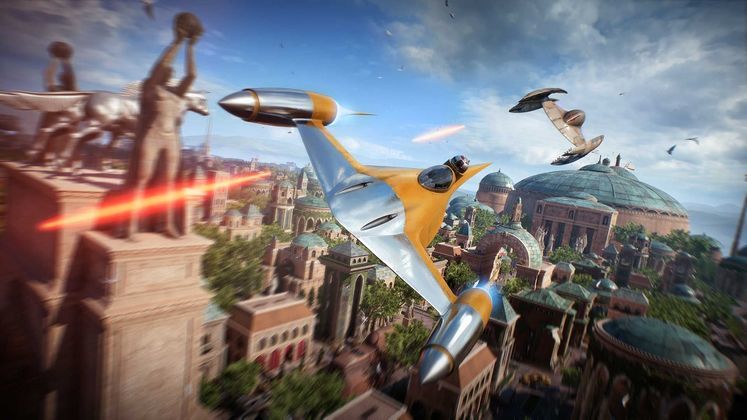