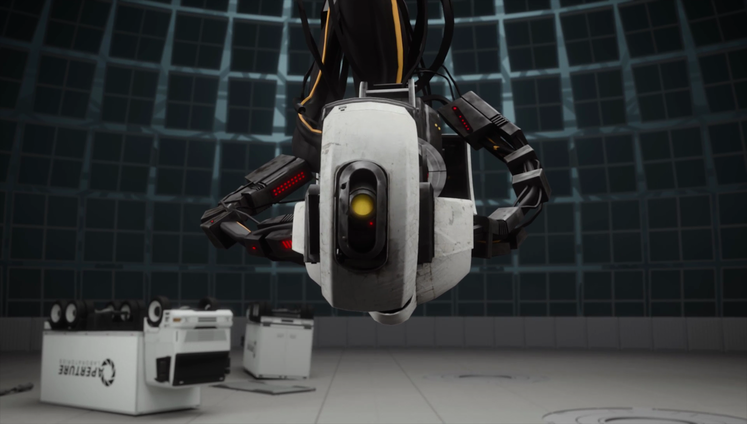 No sooner than we had posted the shock news of a new Portal game, albeit an indie-made spin-off rather than Portal 3, then publisher HeadUp Games released a few more details, screenshots and an official press release. They also announced the release date, which as we suspected is very soon - December 20 for PC and mobiles and January for consoles.

Here's what HeadUp Games said in the press release:

For the last year we've been secretly working in our underground labs on the next iteration of the million-selling Bridge Constructor series. This new stand-alone title will release on PC, MacOS, Linux, mobile devices, and console, and fully embraces the Portal license, one of the most beloved video game franchises of the last decade.

Bridge Constructor Portal will blend the laws of structural engineering and technology straight from Aperture Laboratories into an exciting new game experience, all under the demanding gaze of GLaDOS."

And just to give everyone more of an idea of gameplay, there are two more screenshots too which you can see below. Bridge Constructor: Portal seems to marry classic Bridge Constructor gameplay with portals, turrets, lasers, switches, Companion Cubes and more. We can't even imagine how half of it is possible, but we're eager to try it out. Anything for more Portal.

A new game in the wonderful Portal series has been announced (or leaked), but it's not a first-person puzzle game and it's not Portal 3. It is in fact a spin-off of the Bridge Constructor series of puzzle games, from developer ClockStone and publisher HeadUp Games. Details and trailer below.

Our Warhammer: Vermintide 2 interview with Martin Wahlund and Mats Andersson!

The trailer can be seen here and is embedded below, although may be taken down as Bridge Constructor: Portal was almost certainly meant to be a surprise reveal for the Videogame Awards tomorrow. We bet Geoff Keighley is annoyed about this.

The game's coming to PC, Nintendo Switch, PS4, Xbox One, iOS and Android, presumably next year although as it's a relatively small game it could still be before Christmas. We've no idea if Valve are involved at all, although GLaDOS is still voiced by her usual actress Ellen McLain. Apart from the CGI trailer there is one screenshot: 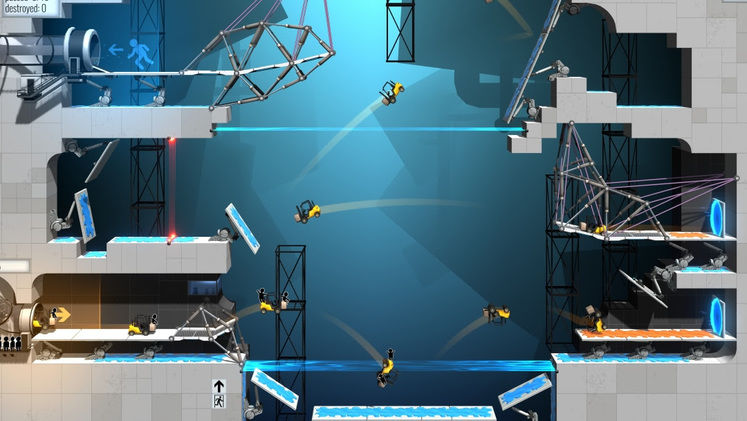 It seems like it'll play similar to the regular Bridge Constructor games, which have a 'Mostly Positive' rating on Steam although some reviewers criticize the series for being too simplistic. Hopefully the inclusion of Portals will shake things up. 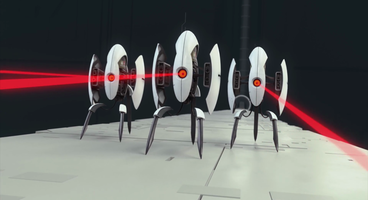 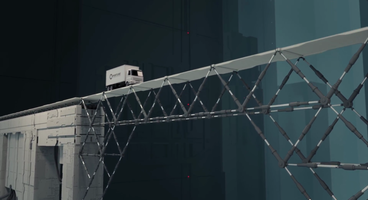 This certainly isn't the first time Portal and GLaDOS has appeared in other games. LEGO Dimensions got a full Portal level pack, and the release of Portal 2 was advertised within 13 different indie games doing their own take on the series - including The Ball, Audiosurf, and even Amnesia: The Dark Descent.

Since we're never going to get any other games from Valve, much less Portal 3 now that the writers have left the company, we're happy at least one developer will get to play with Valve's wonderful toys.

We'll update this story when we hear the release date or further details.