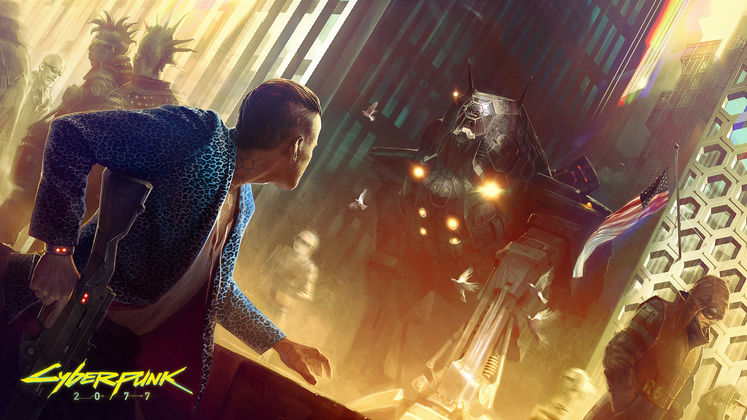 CD Projekt Red recently trademarked the term 'Cyberpunk', and everyone is, understandably, flipping out. But hear the group out first, will ya'? You know they're making Cyberpunk 2077, right?

Copyrighting generic terms is nothing new these days. 'social' game developer King attempted to gain exclusive use of the word Candy a few years back due to the massive success of the Candy Crush Saga name - and it's not surprise the gaming public called them out on that one.

It's happened in YouTube too, more recently, with the The Fine Bros causing a PR nightmare after attempting to trademark the term 'React' in an attempt to fight back against those creating content similar to their 'X Reacts To' videos. It was ludicrous. They attempted to fix things, made them worse and eventually pulled out on the attempt full-stop.

With the taste of blood still in their mouths, those warriors have turned their attention to CD Projekt Red while the group has defend itself by issuing a formal explanation which essentially promises that their proposal to trademark 'Cyberpunk' is merely to stop others from conjuring up winning names to a potential Cyberpunk 2077 sequel and charging extortionate prices to the company to use it for their own gain - or game. Similar to how you'll notice many other developers sitting on seemingly random web domain names incase they even need them, CD Projekt Red wants to nip that problem in the bud before it ever flares up in the future.

Essentially, people are thinking CD Projekt Red would aquire a trademark to the term and start issuing DMCAs and suing those using the term in any capacity. But there's a fat chance the Polish developer would start attempting to combat an entire fashion and aesthetic choice that's been around far longer than them. Can you imagine them invading Lincoln during its annual Cyberpunk festival?