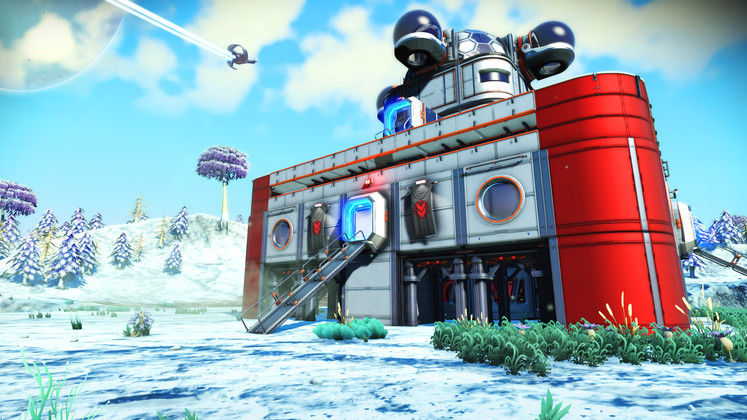 The Atlas Rises update in Version 1.3 is now available to all. Hello Games boasts that it contains "a brand new and overhauled central storyline, portals, a new procedural mission system, trade improvements, system economies, joint exploration and more." This includes 30+ hours of story content and actual missions - not to mention a simple co-op mode, at last. Ship combat has been improved, graphics have been boosted, and low flight mode has been allowed.

All the details are available here, and they're actually quite exciting. If only they were there a year ago.

Whether it's one people love to hate, or a title people are actually starting to warm up to after all that launch commotion, Hello Games are still committed to properly supporting their first 'AAA' release, No Man's Sky. They have a reputation to fix, after all.

Though it's been a long time since their cryptic ARG kicked off with a bunch of No Man's Sky content creators getting VHS tapes in the mail, the lid has finally been lifted - No Man's Sky: Atlas Rising is due this week. 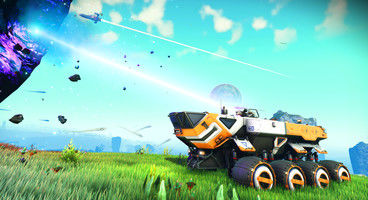 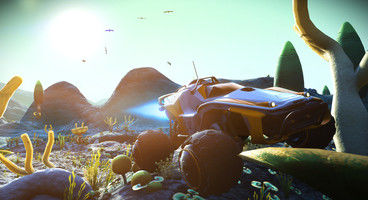 The update's main points are said to include a spruced up story and fast travel portals - two areas of the game that were usually under heavy criticism. Officially numbered as Patch 1.3 it comes after similar updates that introduced base building, fancier space battles and a bunch of other tweaks and feature implementations that have made No Man's Sky a much more well-rounded product since its shaky launch last year.

March 27 Brought The 1.24 'Patchfinder' Update. Since Then, We've Had Nothing.

Technically announced through an email to players, the message started to get a little more personal, with Hello Games' founder, Sean Murray apologizing for the group's continued silence on the matter: "What we do is much more important than what we say, but since launch we have sometimes focused too much on

There's no specific date mentioned when it comes to the update's release, but rest assured it'll be with us in the next few days. There's a fair chance it may trigger a sale, too. So if you've been waiting to pick this one up, it may soon be just about the right time.