Marvel's Guardians of the Galaxy - The Telltale Series

Telltale's Guardians Of The Galaxy Arriving This April? A Reported Gamestop Leak Suggests So

Pull out your Walkman and your favorite mixtape - we might have just been gifted the synopsis of Marvel's 'Guardians of the Galaxy': The Telltale Series' plotline.

Though we had to have slight doubts over the supposed leaks of the game itself late last year, the kings of episodic storytelling brought the official announcement to The Game Awards in early December. With no mention of anything passed that, it's up to more leaks to fill in the blanks. And Gamestop might be the culprit. 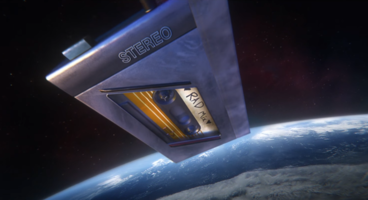 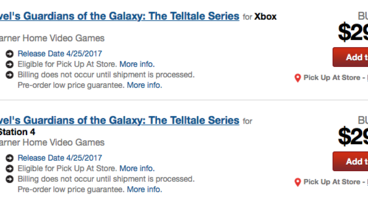 "Marvel's Guardians of the Galaxy: The Telltale Series delivers a brand new story of the universe's unlikeliest heroes, the rag-tag band of outlaws who go by the names Star-Lord, Gamora, Drax, Rocket, and Groot. In the wake of an epic battle, the Guardians discover an artifact of unspeakable power. Each of the Guardians has a reason to desire this relic, as does a ruthless enemy who is the last of her kind, and who will stop at nothing to tear it from their hands."

"From Earth to the Milano to Knowhere and beyond, and set to the beat of awesome music, this five-part episodic series puts you in the rocket-powered boots of Star-Lord in an original Guardians adventure, told in the unique and award-winning Telltale style, where your decisions and actions will drive the path of the story you experience."

It's all just silly rumors so far, though. Now pulled from the listing, Gamestop had its pre-order pages showing off an April 25 release date - one set just a week before the release of Guardians of the Galaxy 2. It's good publicity, but who knows which route Marvel's marketing team will ultimately take.

Marvel's Guardians of the Galaxy - The Telltale Series Essentials