Ubisoft Singapore's 'Skull & Bones' Trailer Explains Itself As Something More Than Black Flag 2.0

Leaking literally minutes before the reveal on Ubisoft's stage yesterday afternoon was a little something called Skull & Bones. If you've even heard of the term 'pirate' in your life, you'll have put two and two together and come up with a pretty solid guess as to what this game would be. And you were likely right.

Announced toward the end of Ubisoft's E3 2017 presser was this realistic-looking naval combat simulator. Ships were bashing into other ships, firing cannonballs and each other and getting a bit up-close and personal for some good old swashbuckling action. But with Sea of Thieves still on the horizon, Skull & Bones drew a more grounded comparison to itself - Assassin's Creed IV: Black Flag. 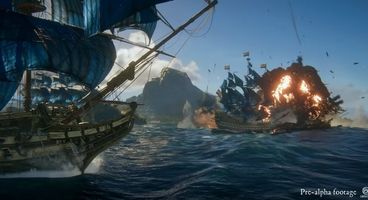 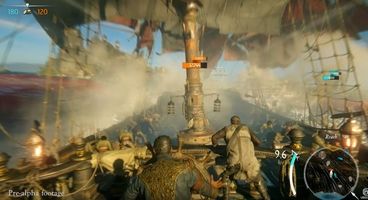 The fourth numbered entry into Ubisoft's bill-paying stabber series took a very different approach to previous games in the series. With each taking place in a different time-period along the same wider storyline, Black Flag saw the titular Assassin take on a role more fitting of a pirate. The naval combat scenes ended up being the stand-out part of the whole game. Enough so that the team resonsible for it - Ubisoft Singapore - didn't want it to go to waste once Assassin's Creed IV: Black Flag was out of the door.

But with the comparisons already lining up against their will, this brand-new introduction video goes on to explain how they're not just throwing another boat into the Black Flag engine and calling it a day. Though that's how their plan originally came to fruition as work on Assassin's Creed IV: Black Flag wrapped up, they're building upon the system so much that it'll support itself as a multiplayer title that reacts to a player's individual actions. A class-based system is in place for both the ships and its crews with bigger vessels capable of taking more hits while a Sharpshooter could be a smaller, more nimble ship with a more precise, long-range crew on board.

During from the trailer, both wind direction and water current will play a major role when commandeering your favourite wooden sea float. Taking on thefts alone might seem good for now, but you'll soon catch the attention of Hunters who'll likely sink anyone not prepared with adequate back-up.