Deciding Friday 13th is a more fitting day than Halloween for a horror title, Bethesda announced October, Friday 13 as the day hell will walk among us yet again thanks to Shinji Mikami and Tango Gameworks. The Evil Within 2 is close at hand.

A follow-up to 2014's original horror IP, the sequel was announced during Bethesda's now annual E3 press conference with a debut trailer featuring a cover of Duran Duran's 'Ordinary World'. 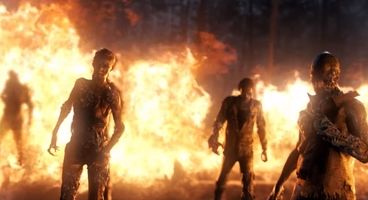 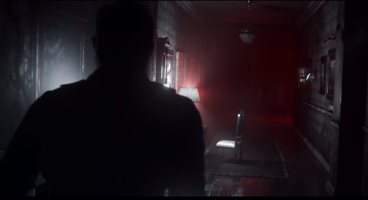 Coming home to find his house aflame with his daughter screaming for help from the inside, Detective Sebastian Castellanos knows its already too late to rescue his little girl. Clutching onto one of her dolls found in the mud outside as a final momento, his hand slips into a world where he's given a shot at pulling her from the brink of death. Filled with countless ghasts and ghouls, Sebastian finds himself wrapped in the twists and turns of a once thriving down in this reflective world with the option of skulking through the shadows or taking its threats head-on in the hopes of uncovering the truth.

How Did Shinji Mikami's Return To Survival Horror Fare In Chris' Review?

The Evil Within comes from Shinji Mikami - the Japanese game designer best known for creating Resident Evil, Dino Crisis, Devil May Cry and even Goof Troop. Once a figurehead of Capcom, Mikami eventually moved on from the big-name publisher to create Vanquish with PlatinumGames - of which just received a PC re-release. Shortly after, Mikami founded Tango Gameworks which was quickly bought up by Bethesda as the Japanese developer continued work on his return to the survival horror genre he helped create. They even had him provide the voice of Takahashi in Fallout 4.

The Evil Within 2 arrives in just 4 months time while the original didn't show up until a least a year after dropping its codename.