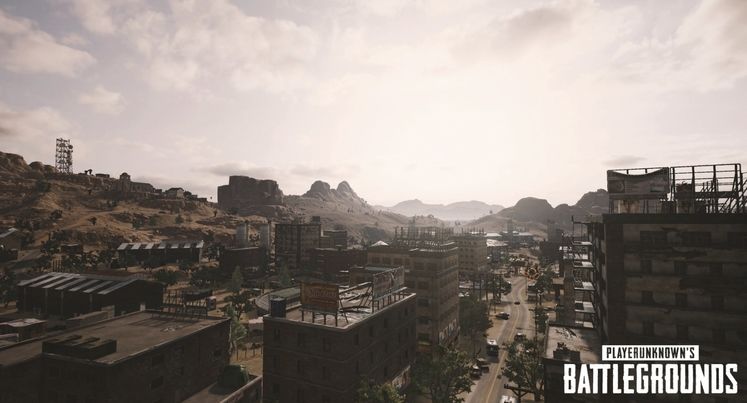 Despite being one of the best selling video games of recent memory, most of what we hear about PlayerUnknown's Battlegrounds these days is how cheats and hack are running rampant. Through all that, there's a strong chance people have forgotten that the development team are still working on a second map just as big as the current. And we finally have some decent screenshots.

Posted by the game's official Twitter account over the weekend come 4 brand-new images depicting the game's upcoming second map. Yes, PlayerUnknown's Battlegrounds has skyrocketed to the top of the charts with a single map before now. Who knows for sure whether this is still targeting a 2017 launch at this point, but players (and the team) have more pressing issues on their minds.

Our amazing art teams in Korea and US have been working closely together on our upcoming desert map, and today we are excited to share some new WIP screenshots with you. pic.twitter.com/dRuZG6aoei

The images show something far more enticing than a simple desert landscape with dunes and rock formations. Much like the current map, this one features plenty of abandoned buildings to scavenge and camp within. Noticeably taller than the structures we're used to, sniping nests are going to be in high-demand, likely making these high-rise buildings very dangerous spaces.

PlayerUnknown's Battlegrounds Has Dipped Into 'Mostly Negative' Reviews On Steam

Chain-link fences, smaller huts and even a prison look to be present through the images, but we can't say for sure how close or far apart these locations are from each other. We can imagine the desecrated shopping plaza will be the scene of most of the action here, but incarceration building echoes something that would see heavy use in more persistent survival games like RUST.

Just like the promised vaulting system, this extra content feels a little late. There's still no solid release date, but for those looking to read some hands-on impressions, PC Gamer is flaunting their recent demo session from South Korea.