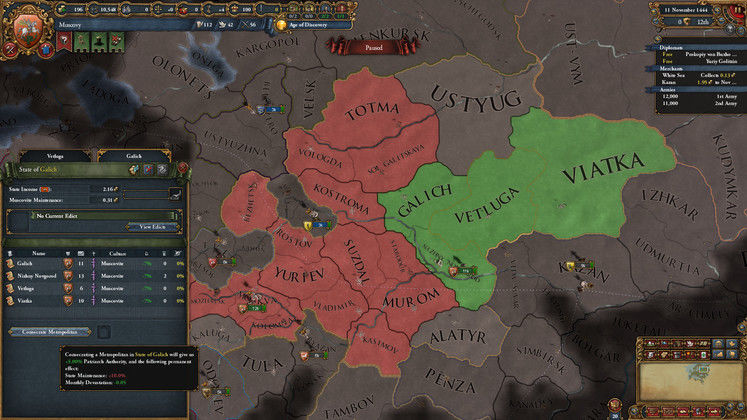 While E3 starts to wind down after an exhausting - if not exciting - week of gaming goodness, Paradox Interactive have those covered who'd rather spend the time conquering the world while the rest eyeballs games far further down the release calendar.

For Paradox fans, strategy is key. It could be said that by setting the release date of two major expansion during the E3 week, they've aimed to cover those players who might not be all too interested in E3's tirade of colourful platformers and gritty shooters.

For 'hearts of Iron IV' players, you're getting the Death and Dishonor expansion promised to you at PDXCON just last month. While it technically made its debut toward the end of April, it wasn't until Paradox's own show that they announced the release would be just 4 weeks after.

More An RPG Fan Than A Strategy Gamer? Tyranny: Bastard's Wound Might Be Up Your Street

Similarly, Europa Universalis IV: Third Rome arrives to cause a bit of a stir in the strategy community. What happens when two games you frequent get large-scale updates on the same day? Which do you like more; Russia or well... Russia? We're looking at very different time periods here, so that'll be the deciding factor.

Brush up on your history and take to the battlefields. If you'd rather stare at flat maps all day than watch conferences and gameplay sizzle reels, rally the troops! Today is your day.