EA Chief Financial Officer Blake Jorgensen spoke at the UBS Global Technology Conference, and amidst the talk about Origin Access there were some of the first comments EA has publicly given about the mysterious project at EA Motive being headed by Assassin's Creed producer Jade Raymond. Despite previous comments by Raymond it will not be a Star Wars title, and will in fact be "a brand new action franchise".

GamesIndustry recorded most of his words. Blake Jorgensen spoke about how EA was less committed to building brand new titles and more committed to building the recurring live-service aspect of their games. However he did admit to EA having a few new games coming, including this week's Star Wars Battlefront 2 and next year's Anthem from Bioware. But he also commented on the game in development at EA Motive, lead by Assassin's Creed creator Jade Raymond. He said:

"We have a team in Montreal that is building a brand new action franchise, probably for our Fiscal

Of course it's difficult to determine what he means by "action", especially when not referring to an FPS and having to have an online component. We could probably imagine something like For Honor, a third-person action title, or even GTA5. We'll have to wait until 2021 to find out, anyway.

Jade Raymond previous suggested she was working on Star Wars with Visceral and Amy Hennig, however now that Visceral has closed that title has gone to EA Vancouver instead. 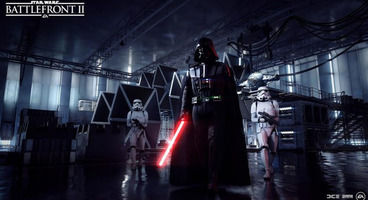 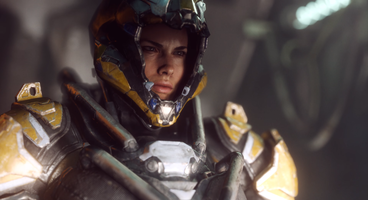 "we've been able to bring out some great new titles that have turned into franchises, like the Star Wars activity, like Battlefront, for example, that layer in more franchises over time. We're trying to do that with BioWare's Anthem game - I was up in Edmonton with the team a few weeks ago, looking at the game and playing it. It's looking very exciting, the team's done an amazing job and we're really excited about that for next year."

Anyone else getting bored by this games-as-a-service malarkey? With Star Wars Battlefront 2 suffering as a result, we're not sure we like where EA's games are heading.