Spill Blood, Recruit Heroes And Defend Against A Demonic Horror In One More Conan Exiles Trailer 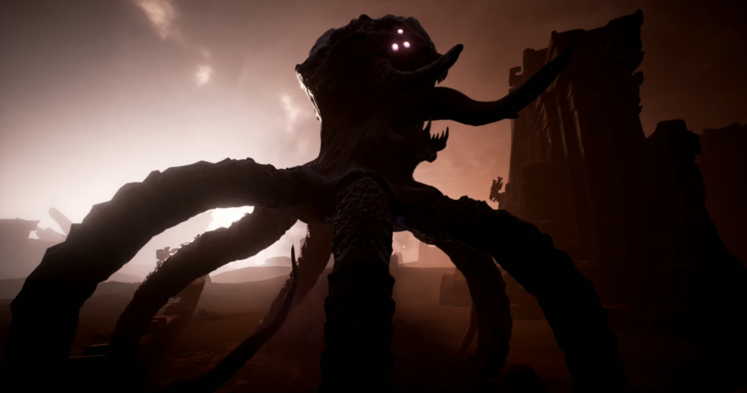 In what we can imagine is the final trailer before Conan Exiles reaches its Early Access launch day of January 31, we're given a glimpse of a third Avatar players can summon to crush their enemies.

Building on the trailers of the last month or so, we see the developers hard at work plugging the strategies and tips players should take to heart when venturing out into the world of Conan Exiles. 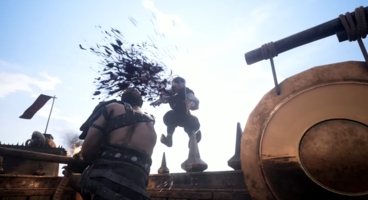 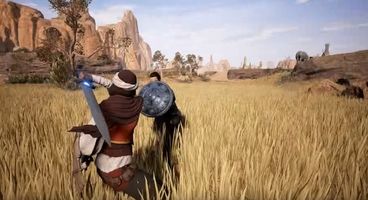 Reinforcing that idea of building a strong base of operations, we're still advised to build along natural rock formations and other structures to get out home a little further off the ground and little further away from the reaches of our enemies. Bows can still shoot high into the sky, but having our castle walls climb and wind around a mountain side should cause them to really have to pick their shots. But more than just turtling up, having a good offense to supplement your defense is always a wise move.

Do do that, you could rally the support of other on your server to form an unofficial tactical allience - think of it as a neighborhood watch team just looking to enjoy thier peaceful lives. But when a neighborhood starts to turn into a haven, people on the outside get a little jealous; and your hero thralls might be powerless to defend against the foot of a giant or the fury of a Lovecraft-styled horror. Your only chance there is to head out of your abode and track down whoever happens to be summoning the aetherial brutes.

But in the end, the biggest problem of mankind has, and always will be, mankind. When you're not defending your home, you might find yourself fighting for your life against another player eager to take what's on your body. Take up arms, deflect their attacks and watch the blood spill as you parry and slice off their limbs. Everything in Conan Exiles is worthy of the name.