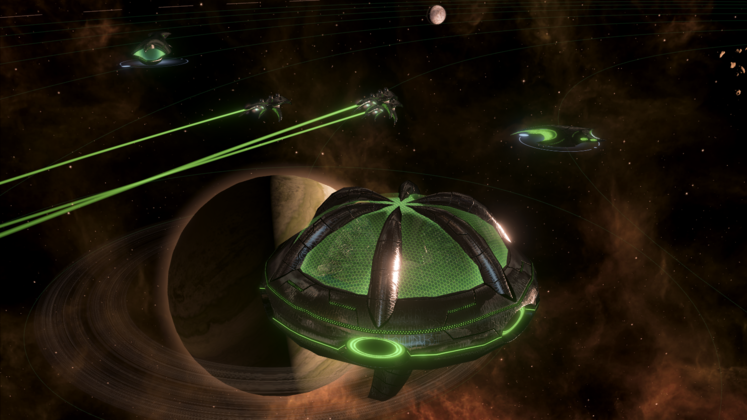 Cast your mind back to the Stellaris Utopia launch and you'll likely have far more questions that you first realised. The trailer barely showed a thing, yet the developer diaries that have surfaced since have looks quite different to the current Stellaris title.

Of course, there's a reason for that. Being closer to release now than in the last update, the Stellaris team are ready to explain why exactly things look evidently different in recent screenshots. And it, almost, has nothing to do with the Utopia expansion at all. 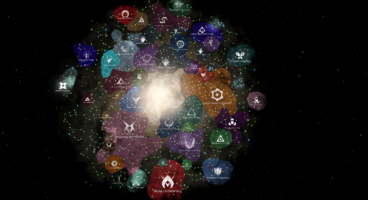 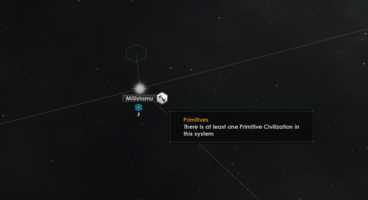 Coming in the free 1.5 'Banks' update will be a number of graphic and interface changes both big and small. The team note how they've mentioned in the past that the ships of each empire would eventually have at least some subtle difference between them rather than just being copy/paste jobs of the last. That's happening. Once the update goes live, your own flag colour will determine the colour and lightning of not only your ships themselves but the engine trail they leave behind. Each ship will reflect this, meaning it should be far easier to tell them apart in a hectic moment or if they're pretty far off in the distance.

Also on the colour side of things, rather than having certain empires share the exact same flag colour and populating map borders with identical shades, you'll start to notice more variety in the colours indicating other empires on the map. Even if two or more empires choose the same flag colour, they should be presented with alternate shades on the overview. Likewise, changes are being made to Primitive Civilizations map icons - or at least the ability to see them on the galaxy map at all. And that's not all the map info today! While turning Details Mapmode 'off' in the past would show absolutely nothing, the Banks update will make it so that it at least shows the important 'need-to-know' stuff. Just in case. You can't go in completely blind.

Rather than another traditional developer diary next week, the team will be throwing out the Banks and Utopia patch notes. Teasing a few spoilers within, it's likely we'll be able to cherry-pick some otherwise unknown details once those go live.

Stellaris: Utopia releases April 6. Grab a copy of the base Stellaris experience for £26.99 on Green Man Gaming.