Swedish indie group Pathos Interactive want to propose something old by mixing it with something fairly new. Bannermen is an RTS with a twist that needs a little help getting off the ground.

The RTS genre has become a staple of the medium since the early days of the more modern era - like the early 90s. Since then. It helped usher in the idea of eSports and still causes a South Korean's to be stereotyped as masters of the art of virtual war. 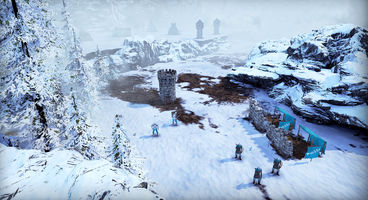 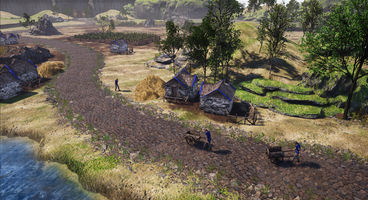 Pathos Interactive want to get involved by creating an RTS that feels like a classic entry in the genre while throwing in god-like control of the elements to mix things up a bit. Bannermen is envisioned as a semi-fantasy medieval strategy game in which placing temples on religious spots of the map can enable players to strike down armies with lighting and open up new paths with the creative use of ice - all while sending in their own armies to speed up the offensive.

Need Strategy now? Check out our list of the best PC strategy games you can play today.

Tropico 6 Preview - El Presidente Is Back With 4 Beautiful Islands

We are huge fans of these types of games and have received a lot of interest in our concept of making a RTS with modern technology and innovative gameplay, yet one that still delivers that nostalgic feel that core fans love”, says Alexander Andersson on the game's Kickstarter campaign page. They're attempting to tell the story of a broken Lord hoping to rebuild the glory of his House in the wake of decades of war and the toll it has taken on the land.

To do that, though, Pathos Interactive are turning to Kickstarter to help with funding. The Swedish group is hoping to collect around €45,000 to have the job done by May. €20 will earn you a copy of the game at launch with a Collector's Edition sitting at the €30 line. Check it all out here.

There's base building, resource management and armies brawling through a story-driven campaign - it's ticking off the main points on the RTS list already.