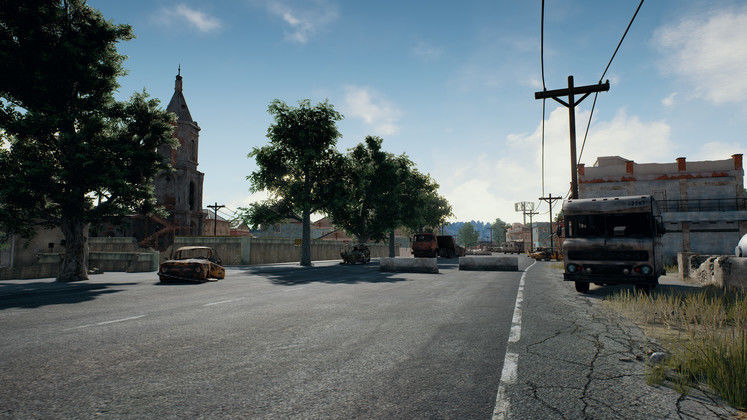 Chicken dinners, once a staple food of the British people, has become something akin to the Promised Land in recent months thanks to the rapid success of PlayerUnknown's Battlegrounds. Racking up close to 10 million unit sales since its debut, the popularity means there's a lot of freaking out to be done when the game goes down without much warning.

And today, that happened. With key PUBG staffers off sick due to the dreaded 'Con Plague' of Gamescom 2017, responses and replies are falling on deaf ears at the minute. The official PUBG Twitter account announced several hours ago that the leaderboards would be reset in the early hours of the Central European timezone, but we've heard little since.

We are currently updating new leaderboard system and getting rid of Gamescom graffitis and Twitch account link icon.

Once that time had been and gone, the PUBG Twitter account announced that it would be difficult to play or log into the game between 8-9am CEST. Though they only mentioned the need to update the leaderboard system and get rid of some Gamescom specific in-game graffiti, players were rightfully thinking the downtime was excessive for such a minor issue.

Due to it all being handled through Twitter, less-informed Steam players hammered the game's discussion page trying to work out what was going on, expected something worth their time, despite evidence pointing to very little. With the hour having finally gone by, those very same users are now trying to work out why a 1GB update file is required to launch the game. 1GB to change the leaderboards and actually delete some in-game assets? We can understand why they're skeptical.

If there really is something more to this update than meets the eye, you can bet data-miners will figure it out in due time. The safest bet would be prep files for the game's upcoming second map. At 8km x 8km in size, it might be easier to distribute it in several smaller patches than one big one at launch. Time will tell.