The Star Wars universe is connected and thoroughly planned out, and Disney/Lucasfilm like to seed hints at upcoming events in current Star Wars releases. Fans may have found a possible spoiler for the next spin-off movie, Solo: A Star Wars Story, in Star Wars Battlefront 2, particularly involving Lando Calrissian.

All the Star Wars Battlefront II Developer Updates in one place!

The potential spoiler is a piece of dialogue spoken by Emperor Palpatine when in close proximity to Lando Calrissian. You can hear it here. He says:

"Such a sad story, the Calrissians."

Normally such a comment would be dismissed as innocuous, but this is Star Wars. There's no such thing as random. We've already chronicled the ways Battlefront 2 set up The Last Jedi, Star Wars Rebels introduced ships that were a key part of Rogue One, Rogue One mentioned Hyperspace Tracking and it became important in The Last Jedi, and remember the importance given to Han's golden dice in The Last Jedi that had never been important before? They've already been spotted in Solo: A Star Wars Story.

Star Wars canon has never mentioned Lando Calrissian's family, not even really in the old Expanded Universe, so to have it suddenly be brought up as a "random" comment in Star Wars Battlefront 2 - mere months before Lando gets an origin story in Solo: A Star Wars Story - seems a little too coincidental. 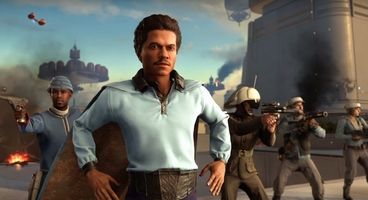 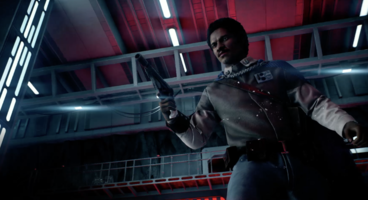 What do you think guys? Is this a coincidence or a deliberate nod by the obsessive Star Wars Story Unit towards the Han Solo spin-off movie? Literally anything other than Star Wars we'd be writing it off, but the Lucasfilm team are too fond of this exact kind of story seeding in our opinion. Leave a comment below with yours!

Thanks to Echo1201 on Reddit for pointing this out.

Solo: A Star Wars Story is out in theaters on May 25, and you can check out the brand new teaser trailer below.