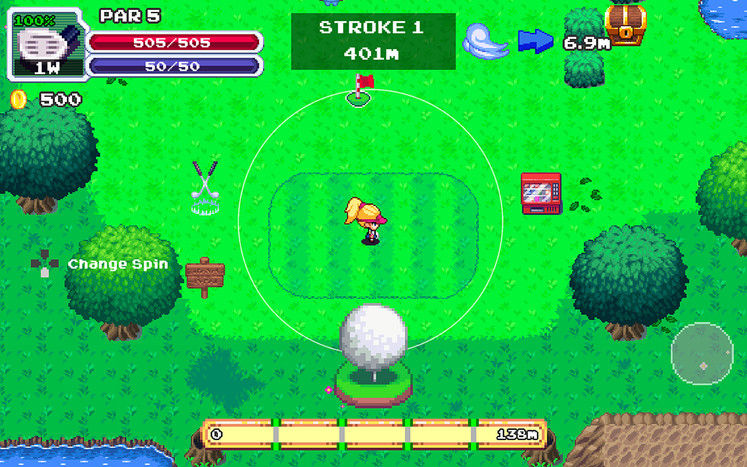 Chorus Worldwide and ArticNet have announced today that it's mobile hit, RPGolf, will be released for the PC on Steam today for £2.89 / $3.99 / €2.99 and is available in English, French, German, Italian, Japanese, Korean, Spanish, Simplified Chinese, and Traditional Chinese.

Here's the overview from the press release we were sent:

Inspired by Mario Golf and the GameBoy era of classic JRPGs, RPGolf is a charming take on the genre, blending the talking and questing of an adventure game with precision and power of golf. As a brave young golfer armed only with a club and your skills, you must tee off and complete the nine legendary holes, all while slicing, hooking, and clubbing monsters to death. 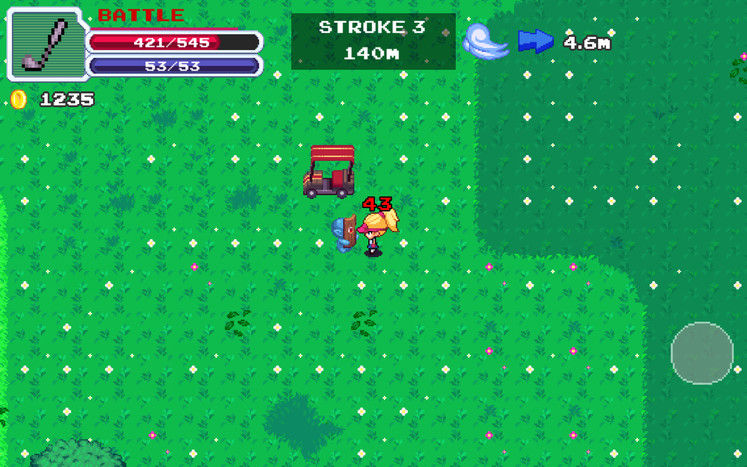 "As an important business executive, doing business-y type things, naturally I like to relax on the golf course by hitting some balls into the undergrowth. Don’t worry, I’m so rich (because of being a business-y person), I can afford to lose balls all day. But one thing that’s always been missing for me with the real sport, is the opportunity to mercilessly club fantastical creatures with my clubs. So when I discovered ArticNet’s RPGolf at Tokyo Indie Fest in 2015, I signed the game on the spot." Said Shintaro Kanaoya, chief important person at Chorus Worldwide, "I hope you enjoy RPGolf as much as I do. Because nothing says golf like clubbing monsters into oblivion."

Will you be picking RPGolf up today?