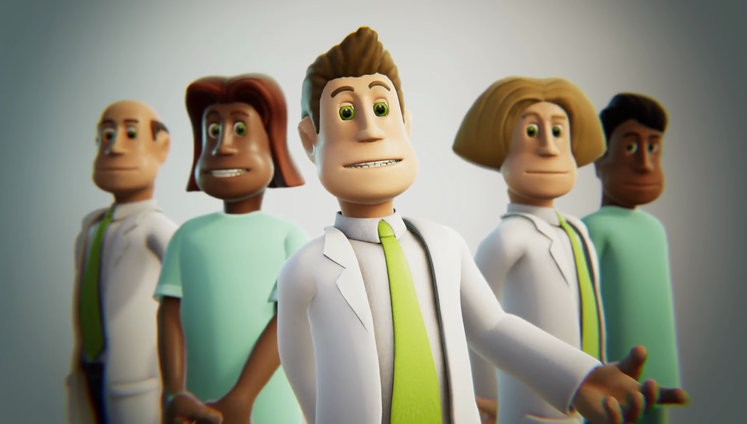 The Best Strategy Games on PC!

1. Keep The Sense Of Humour 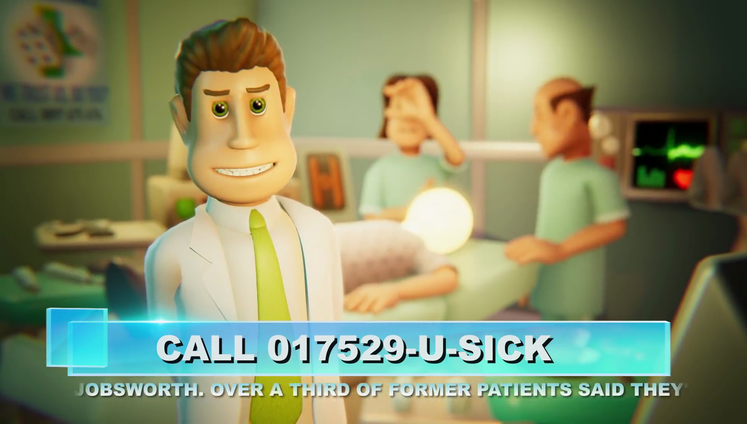 Putting this right at the top, even if just from the trailer alone we can tell this is forefront in Two Point's minds this is the most vital thing a successor to Theme Hospital needs - a sense of humour. Hospitals aren't fun things at the best of times, but the one thing the management sim genre often lacks is fun. Bring on the cartoony patients with silly illnesses, the pompous doctors, the fat Mr Monopoly-like VIPs, and the Grim Reaper going after your patients when they die. There are plenty of management sims that take things seriously - Theme Hospital endures because it doesn't.

2. Be Easy To Pick Up and Play 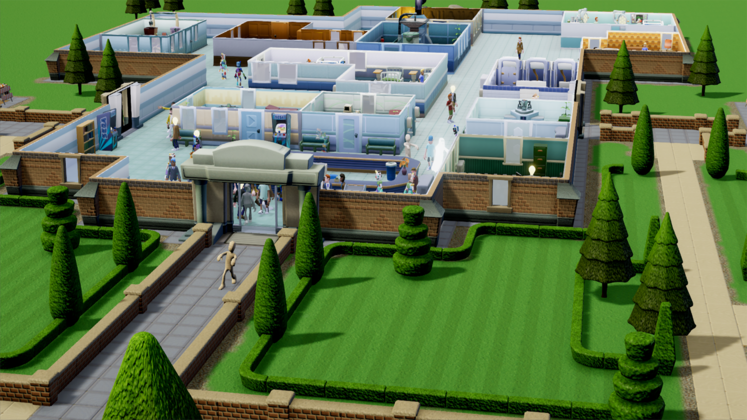 The thing about Theme Hospital is, absolutely anyone can play it. Controls are literally point and click, instructions are straight and to the point, graphics and big and bright with nothing hidden, it's all straightforward. There's no complicated tutorial required, it's all right in front of you and by the time you've built your first room and a nice reception you've mastered enough to get you through the entire game. We're a little worried the move to 3D will get in the way of this, so it's worth stating. And along the same lines...

3. Don't Get Too Complicated 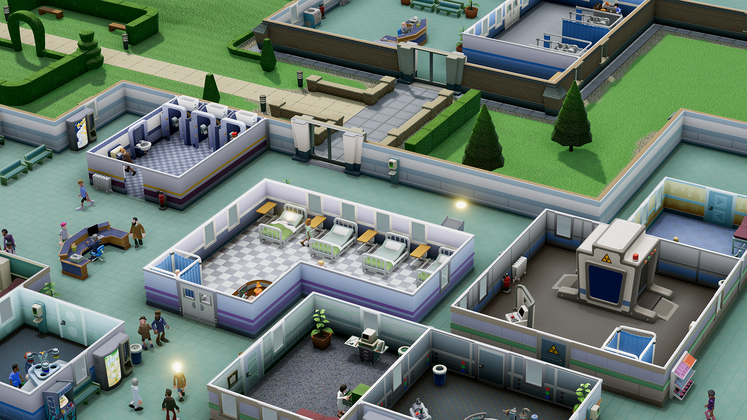 Related to the point above. Part of Theme Hospital's appeal is that it doesn't get bogged down with micromanagement. That's well and good, and there are plenty of great management games that allow players to obsess over the finer details like laying pipes or deciding exactly what shade of bush you want, but that's not why people play Theme Hospital. Want more heating? Put down more radiators, don't worry about the boiler or pipes or anything else. There's only one type of plant, vending machine, bench, and toilet (even Theme Park had multiple toilet options). Theme Hospital allows complete focus on the building and running of the hospital, with nothing beyond the major things to worry about. We want Two Point Hospital to continue this focus.

4. Annoying Receptionist A Must

For anyone who's ever played Theme Hospital with the sound on, the annoying receptionist making either helpful or weird announcements is either one of the best or worst parts of the game. Saying that a Psychiatrist needs to go to Psychiatry at once is useful - heck, maybe in Two Point Hospital they can increase in urgency as patients continue to wait? But it's the weird ones that stand out the most. Patients always need credit cards, don't die in the corridors, or puke too much. Aliens need to sign the visitor's book, Dr Lecter needs to report to security, today's special offer is half-price hair replacements, and the player is cheating apparently. Yes, let us turn her off, but otherwise - roll on the funny announcements. Times ten.

5. Rat Shoot and other Minigames 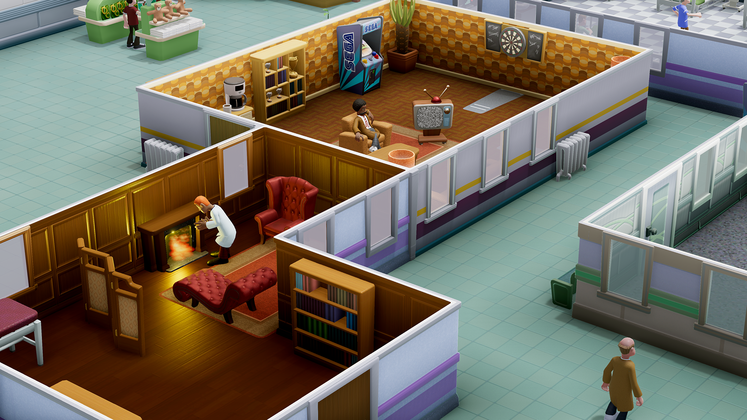 Who can forget that moment a rat ran across your Hospital's floor, you clicked on it and you shot it? A little cruel, but it was hilarious, especially when you did it enough and got access to the Rat Shooting Secret Level. You had to shoot as many rats as you could before a group of Handymen cleaned the level. We want more wild little secret mini-games like that. The Pool table and Arcade Cabinet in the Doctor's Room? Allow us to play them! Click on a Doctor diagnosing or curing a patient? Let us decide what's wrong with them, how to help them, or to saw into them on the operating table! There's a universe of possibilities! 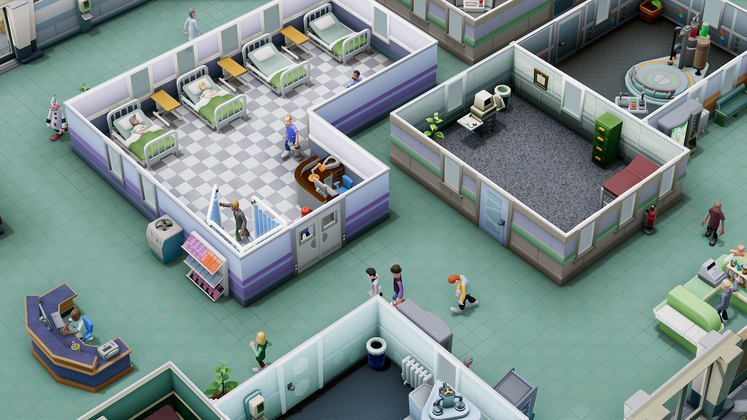 Let's be honest now - in later levels of Theme Hospital, usually the moment the Training Room becomes a necessity, the difficulty skyrockets and it becomes very difficulty to not only manage everything but also work out what's going on. While Theme Hospital's simplicity is a great asset (see #2 and #3 on this list) in later levels it becomes a detriment, as the game fails to adequately tell you everything going wrong or how to fix it. You'll probably run out of money or make everyone unhappy before you do, then suddenly get a game over screen with a Savegame 5 minutes beforehand and no way to reverse it. Then you'll go and play something else. We don't want to play something else. Show us the way, Two Point!

Ahh, the twisted tunes of Theme Hospital. It's almost a rule that a British videogame has to have an interesting soundtrack (see anything by Team 17, Rare, or even DMA Design/Rockstar), but Theme Hospital's was utterly insane. It could go from jazzy and sedate to a straight up circus carnival ride. If you listened to any of the game's mad songs and didn't know where they came from, there is no way you'd guess "for a game where you manage a hospital". And we wouldn't have it any other way. With original composer Russell Shaw returning there may be hope for this. 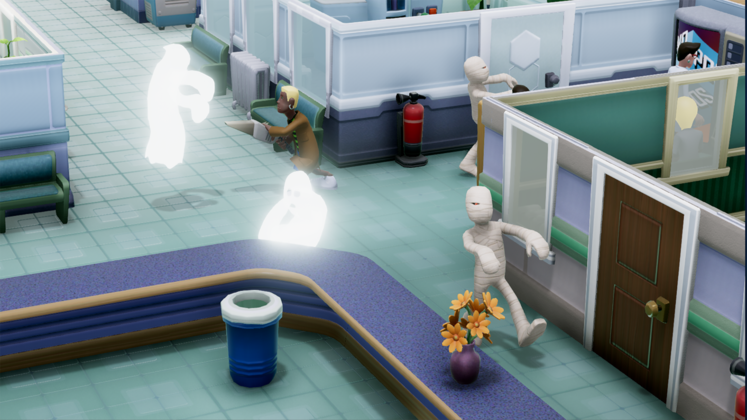 This is one we're borrowing off the next game in the Theme series, Theme Park World (or "Sim Theme Park" in the US). Click a button and you can roam around as if you're filming the place through a video camera, in first-person. With the updated graphics engine Two Point Hospital is crying out for it. 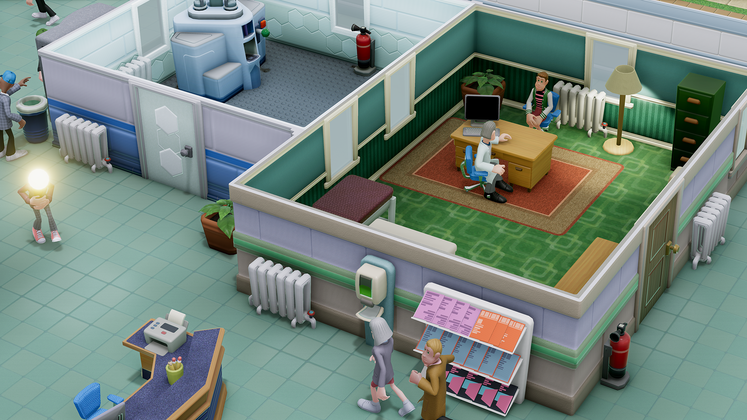 One of the biggest annoyances with the original Theme Hospital, and the saddest moment, is being forced to move to a new hospital just when you've got comfortable with your old one. You either stay where you are and not get anything new, or get new challenges but have to start from scratch. Please introduce a Free Play mode so we have all the diseases, rooms, research etc to play with but only a single hospital to worry about. It's the humane thing to do.

10. Look, Just Get On With It Already 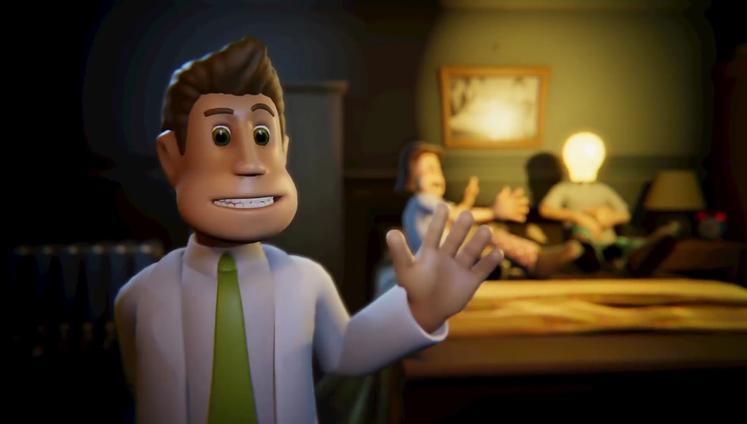 No matter what we say, we're confident Two Point Hospital is in safe hands. It's made up of most of the same people who made Theme Hospital, or at least worked at Bullfrog or Lionhead on some of the best games ever made. They know exactly what they're doing. Finish it and get to work on Two Point Airport, or Two Point Resort, or Two Point Aquarium, or whatever. And we'll be there to buy all of them. So just go get on with it already Two Point!