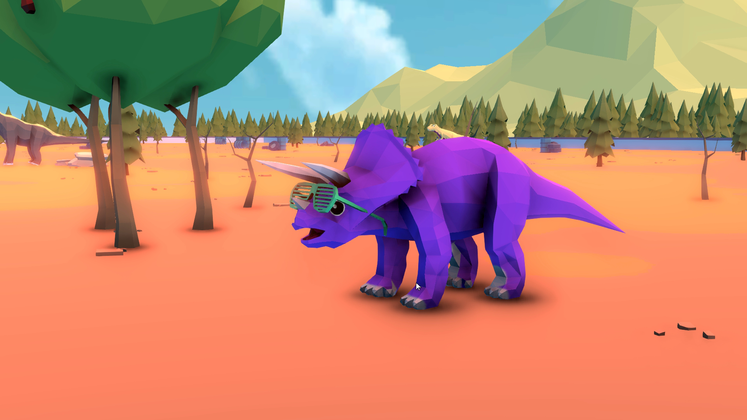 The two-man development team over at Canadian developer WashBear have created a Discord server and given us a small update of what's in store for the dino park sim game, and it's a doozy.

Seriously, What's Going On? Mesozoica is the 4th Dinosaur Park Sim in as many months 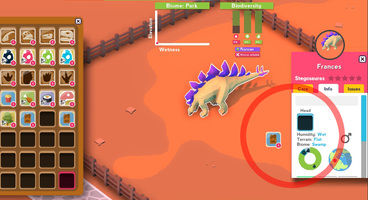 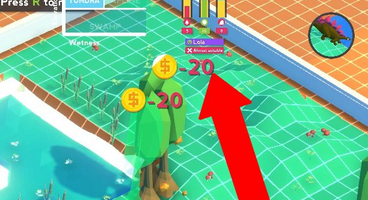 The first sneak peek regards biodiversity. Previously, the developers tried an iteration that rewarded players who achieved a perfect balance between trees, rocks, and plants. After testing, however, they found this system limited creativity and changed it up -- now, you get a bonus for Dino happiness if you have a nice biodiversity, but no punishment if you choose to not spend time on it.

The second update regards Dino wearables, including the game's signature cute purple sunglass-wearing triceratops. Previously, Dinos were able to wear glasses, but that has since been expanded with scarves and hats, allowing your Dinos to become bona-fide fashion icons.

Some wearables provide special abilities and buffs, such as a bonus to Happiness or resistance to disease, among others. Even better, those are not microtransactions -- they're all available and unlocked in-game by playing.

Parkasaurus is looking like an increasingly charming game, and it has the biggest chance to stand out amongst the horde of unexpected dino sims coming out this year. For one, it focus on the Dinos as animals instead of just exhibits, which to me is already a win.

Go join the community on Discord or wishlist the game on Steam if you wanna keep track of it (or both). And keep an eye on Game Watcher, as we'll update you on the game as it goes along.