Eagle vision has been around from the early days of Assassin's Creed, a genetic sixth sense present in all humans, but stronger in those with more Precursor genes. This vision allows a person to see the world in terms of auras, from the hostile red guardsman to the golden target, and to uncover hidden tracks or invisible messages throughout the world.

Trained or especially gifted practitioners have learnt to gain access to even greater abilities than those above. Eagle Sense can grant the ability to detect heartbeats or glance into the future to see a target's path. The greatest example of this comes later in the series, and allows control over an animal companion, notably in the form of an eagle which let you scout out the map and tag enemies and points of interest for later use. 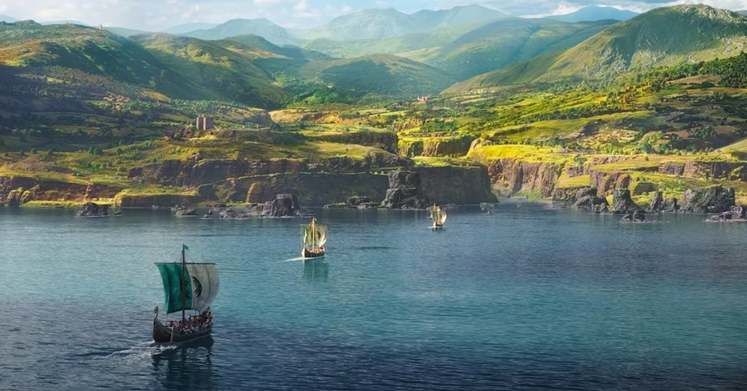 We haven't seen any specific use of the vision in reveals yet, but Ashraf Ismail, answering tweeted questions left and right over the past few days, had this to say; "the Norse called it Odin Sight in the 9th century" and this seems to tie in with lore created for the Last Descendants - Fate of the Gods. As this is consistent with the franchise's IP, we can assume that the skill will be referred to as Odin Sight.

Odin Sight will likely work the same way as Eagle Vision, but with a crow companion replacing the eagle. Keep checking back here or keep updated with the latest on the Assassin's Creed Valhalla Release Date.