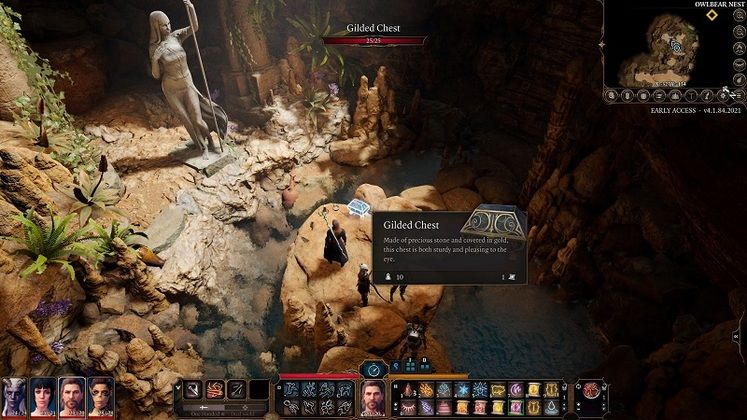 Upon reaching the Owlbear cave in Baldur's Gate 3, it's very tempting to beeline straight to the feathery creatures and check if Larian made them any less prone to murder you. Doing so, however, means missing out on the Gilded Chest inside.

You'll find the Baldur's Gate 3 Owlbear Cave Gilded Chest if, instead of following the path forward, you'll take a slight detour to the left. This will make you end up in a spot overlooking a lower area with a statue and a chest that stands out quite a bit.

Opening the Gilded Chest in the Owlbear cave, however, isn't as easy as clicking a button. Lockpicks will also get you nowhere, as it's protected by magic that damages you when touched. In this guide, we clear up how to bypass this pesky spell. 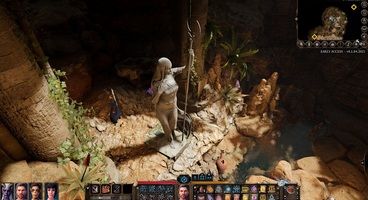 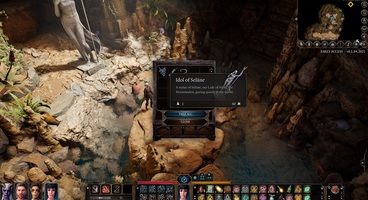 To get to the contents of the Gilded Chest, you'll need to use Jump to get over to the side with the statue. Exploring the area behind it will prompt your characters to roll for a passive Perception check.

If one of them succeeds – which is why it's a good idea to have them all try –, they'll uncover a Selunite Prayer Sheet on the ground.

You'll want to pick it up, ideally as a character that's not Shadowheart. That's because the key to opening the Baldur's Gate 3 Owlbear cave Gilded Chest is simply reading the prayer sheet.

When prompted to do so, Shadowheart will just say that they're empty words and nothing will happen. As a follower of Shar, she's not very fond of Selune.

She'll also step in and confront you about opening the chest after you've unlocked it. In our experience, failing the checks in this conversation won't stop your from getting the Silver Necklace, Idol of Selune, and Bloodstone found inside Gilded Chest.

That's all you need to know about opening Baldur's Gate 3 Owlbear cave Gilded Chest. You can now go try to pet the Owlbears, or learn about how to unlock the elevator in the Arcane Tower.