Baldur's Gate 3 Owlbears - How to Recruit A Pet Owlbear Cub 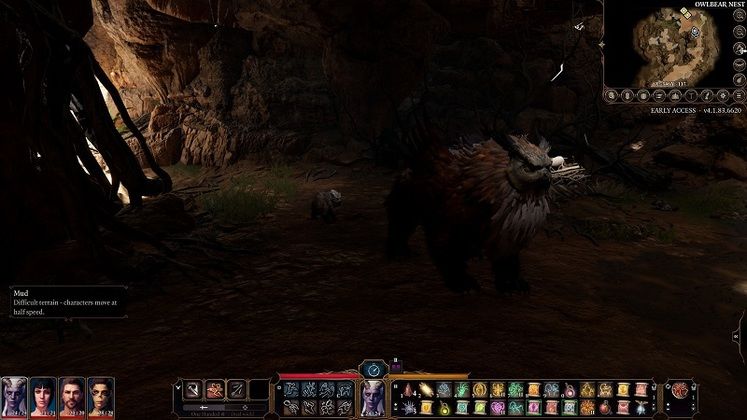 As you explore the Forgotten Realms in Baldur's Gate 3, you'll encounter quite a few creatures, including the feathery, fearsome Owlbears.

In fact, Baldur's Gate 3 lets you get your own pet Owlbear cub if you go through a certain series of actions. Sure they're known to be particularly troublesome and prone to eat you once they grow up, but one look at the cute bugger is enough to want one for yourself.

You'll encounter Baldur's Gate 3 Owlbears in their cave and the Owlbear Cub a second time in the Goblin Camp you get to explore during Act 1. From what we can tell, you need to be a Ranger with Animal Handling or have the ability to speak with animals as any class for this to work. 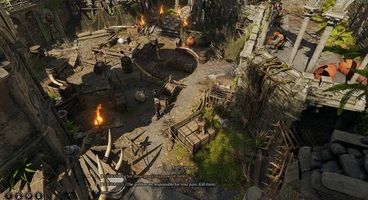 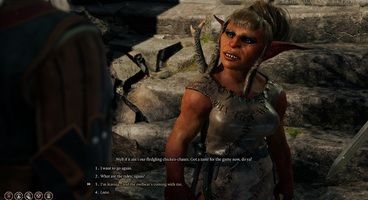 As the Owlbear Cub from the cave is the same one as in the Goblin Camp, you don't have to kill the Owlbear mother to get him as a pet.

If, however, you choose to do so, you'll not only get the chance of crafting a spear that's great against spiders – by looting the tip from the mother and combining it with the shaft from the dead man that told you about the cave – but also face off against one of the tougher opponents in Baldur's Gate 3.

The Owlbear Cub will eat its mother after you kill it, ignoring your attempt to speak with it.

Once you arrive at the Goblin Camp, you'll see that its denizens are using the Owlbear cub in their game of chicken chasing. At this point, you'll need to earn its trust.

On the one hand, you can speak with it as it's running through the camp, let it smell you, then learn that it's afraid of leaving because of the goblins.

On the other, you could talk to Krolla, and compete in a game of chicken chasing. After you and the Owlbear cub enter the makeshift arena, talk to it and tell it that the goblins won't hurt it if it reaches the posts. Both conversations require passing checks.

This will lead to you winning the game, at which point you'll have to convince Krolla to give your winnings. You can then talk to the Owlbear cub again to learn that it's afraid of leaving because of the goblins.

Afterward, all you need to do is head back to Krolla and let her know that you're leaving and taking the owlbear cub with you.

Passing one of the subsequent checks or using your Illithid ability will lead to you peacefully taking the cub. Otherwise, you'll likely have to fight the goblins.

It's important to not kill the goblin leaders before getting the cub, as that'll render doing so impossible. If you've gone through the entire process, the Owlbear cub should arrive at your camp after a short while.

Sadly, while this grants you your own Baldur's Gate 3 Owlbear cub pet, it cannot accompany you anywhere, at least at the moment.

You'll have the option of feeding it and healing its hurt paw while in the camp on two separate occasions, but that's all we could do.

Did you have different experience with your Baldur's Gate 3 Owlbear cub pet? Let us know in the comments.