Battlefield 2042 Map List - All the Maps Available at Launch 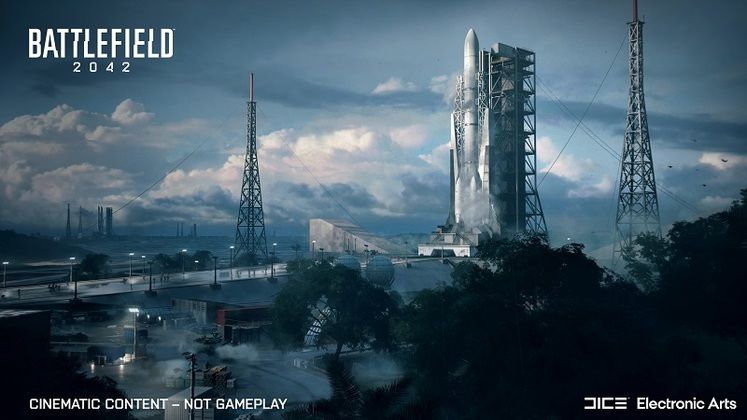 Battlefield 2042 sees players fighting all over the globe and even different eras in the franchise's history, thanks to its map list which, at launch has no less than 13 names. Supporting up to 128 players, scale wasn't the sole concern of publisher Electronic Arts and developer Dice, as there's also quite a bit of variety to them, from arctic landscapes to futuristic urban centers and dry deserts.

Battlefield 2042's map list will also grow as its live service takes shape throughout 2022, hopefully meaning that we'll see additions to both its modern roster and those of its Portal mode. 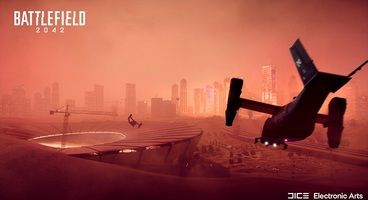 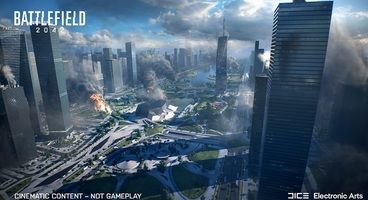 Battlefield 2042's map list isn't split equally across its three core game modes. If you plan on fighting over territory in All-Out Warfare or chasing down data drives in Hazard Zone, you'll only be able to play on its 7 new maps, which are detailed below.

Set in Kourou, French Guiana, this map centers on a rocket site that's prepping for launch. Aside from the massive rocket that's about to take off, storms will also complicate things on top of, you know, all that enemy gunfire.

This Doha, Qatar, map shows the clear effects of desertification, as players fight for control of a convoy amid massive dust and sand storms that make it hard for natural light to pierce through.

This Battlefield 2042 map is perfect for anyone who loves fighting in urban environments. The imposing skyscrapers of Songdo, South Korea, are linked by ziplines, while the plazas below are the perfect grounds for a more familiar type of modern warfare.

Tropical tornadoes and maze-like cargo containers are key elements of the Brani Island, Singapore map, where the US forces battle to defend vital supply lines.

Alang is a strategic location on India's west coast where stranded colossal ships are being torn apart so that their parts can serve a better purpose. Storms are also at home here, as players battle it out inside the hulls of these ships and around them. The map comes with lots of cover and spots for close-quarters combat, especially inside its Colossus ship, while the ever-present threat of a tornado keeps players on their toes.

Set in Queen Maud Land, Antarctica, this Battlefield 2042 map is set in an area that's become a strategic hot spot due to its oil reserves. The Offshore Platform off the Frozen Coast and Outlook Station turn it into "a focal point for air battles," according to the developer. Ziplines and rope bridges connect the fractured paths of the Glacier, while destructible fuel tanks and silos can be blown up to create debris fields and permanent fires. This was likely also where the hovercraft in the reveal trailer were racing across the ice.

Set in an Egyptian desert with a solar array Power Station on one side and a lush Research Facility on the other, Renewal features a wall separating the two regions, with various entry points as well as a choke point smack dab in the middle of the map, offering plenty of opportunities for close-quarters combat.

If you choose to dabble in BF2042's Portal mode, you'll have access to the full map list, blending both modern and classic locations. This means that, aside from the 7 maps listed above, you also get access to the following ones:

Battle of the Bulge (Battlefield 1942)

A snow-covered map set in the Ardennes that sees the Axis and Allies clashing across a rural area dotted with villages and bridges that facilitate crossing the river that runs through it.

El Alamein's large stretches of desert make it the perfect map for tank warfare but you'll probably also like it as a sniper. Lighter vehicles help infantry quickly cover the distance between its control points, where more traditional warfare can be waged.

Formerly a busy port, Arica Harbor provides plenty of opportunity for mid-range and close-quarters combat. Tanks help attackers deal with particularly stubborn defending forces, the map being excellent to relive the thrill felt in Rush, when BC2 originally launched.

Centered around a coastal city, Valparaiso tests you ability to fight your way through the jungle before reaching its makeshift shacks. If you're worried about bugs, you can also use an amphibious approach.

Set in the Turkmenistan side of the Iranian border, this BF3 classic is one of the best showcases of what the series is about, letting you take on enemies on foot, using armor, helicopters, and jets. And, yes, the antenna at its center can still be brought crashing down.

A more tightly-packed map that still has plenty of space to maneuver vehicles and make the most out of them, Noshahr Canals is another standout BF3 map that's great to play in both Conquest and small-scale modes.

Battlefield 2042 is currently slated to launch on November 19 and will feature maps that support up to 128 players on PC, Xbox Series X/S, and PS5. For more on the game, check out our guides on Specialists and crossplay.