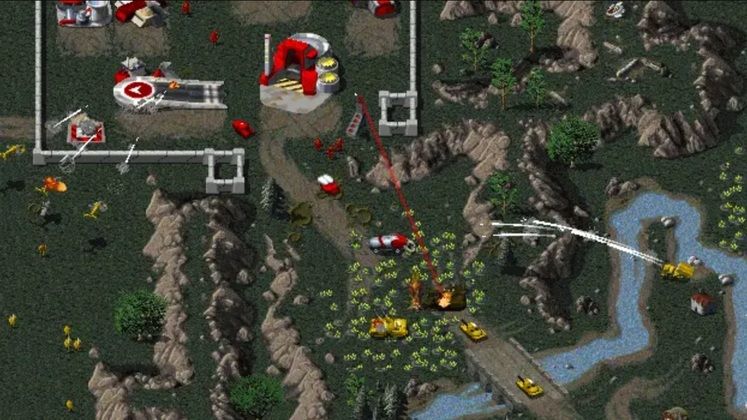 Command & Conquered Remastered is shaping up to be a true re-creation of the classic RTS title, secret levels and all, as we've just been given a hint that the infamous dinosaur secret levels are back.

If you're not familiar with the dinosaur levels, they were a secret pack of Jurassic Park-themed missions where players were tasked with hunting down and utterly destroying dinosaur creatures on a variety of C&C's pre-existing levels. 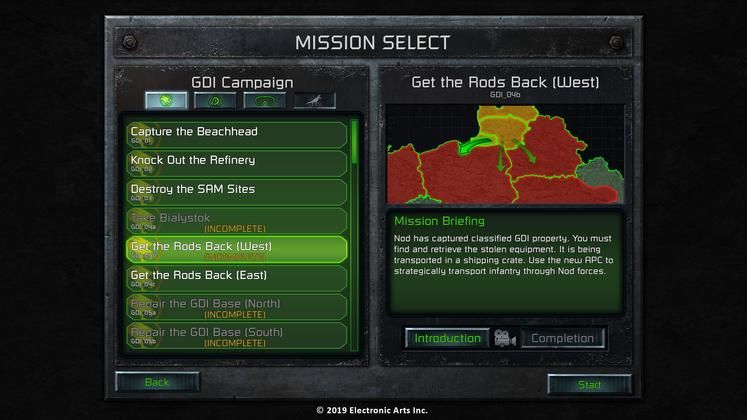 If you take a gander at the rightmost button of the interface above, you'll notice a small T-Rex icon that's been greyed out. This must be the game's dinosaur levels, as they had to be unlocked in the original game as well.

The screenshot in question is, in fact, grabbed in Command & Conquer Remastered, and it shows the developers' dedication to keeping the Remaster true to its roots, even as far as its nostalgic - though updated - mission select interface goes.

If you're worried about the authenticity of the updated user interface, however, you needn't worry, as Jim Vessella, the producer of the game himself, confirmed that this is just an alternative UI: "This is a supplementary screen if you want to replay specific missions or track your overall progress."

We're quite excited about the upcoming Remastered version of Command & Conquer. We know quite a lot about the game, too. For example, we've got info on its engine, but we've also caught glimpses of the enhanced Tesla Tank and Construction Yard assets. Wild stuff.