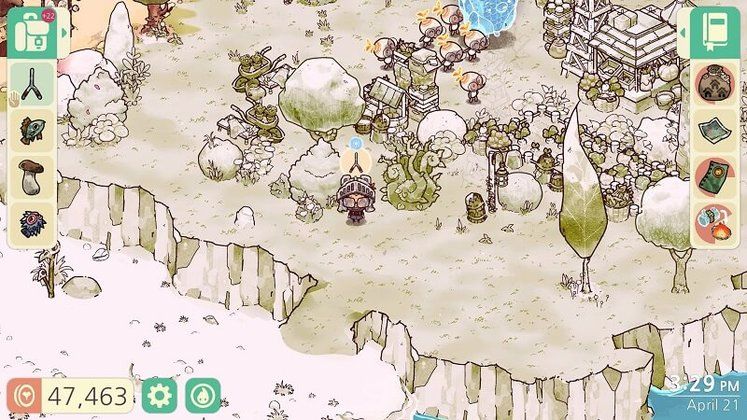 It's easy to start hating Cozy Grove's Mixed Greens, especially early on. If you're a hoarder who also doesn't have that much storage space to spare, these innocent leafy items can become your worst enemies. Nevertheless, continuing to harvest them is a good idea, as they do have their uses.

Harvesting Mixed Greens isn't possible straight away, but neither is it locked behind a long wait. During the first days of the game, one of the quests you take from the NPCs around the island will reward you with a sharp Machete. This tool is the sworn enemy of conspicuous shrubbery that will also begin spawning at this point. 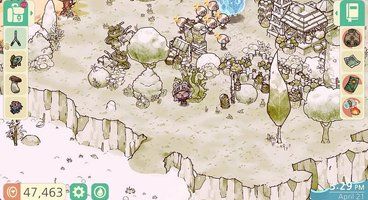 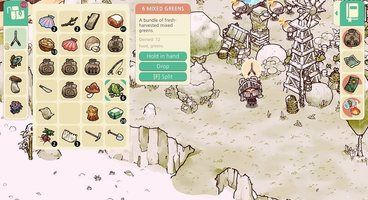 With the Machete in your inventory, it's enough to walk up to a shrubbery and press E or whichever button you use to interact with objects and NPCs in Cozy Grove. Your character will begin hacking away at the intrusive, static fiend and, seconds later, a few Mixed Greens will pop out, usually alongside a handful of coins.

Their number varies from shrubbery to shrubbery, but they gather in your inventory much quicker than other items. Additionally, Mr. Kit also sells some from time to time.

So, what about their uses? When you've unlocked Allison Fisher, baker bear extraordinaire, and have access to her bakery, you'll be able to turn 10 Mixed Greens into one Fancy Green. Ten of the latter can then be turned into Deluxe Greens.

Both Cozy Grove's Mixed Greens and their counterparts are used to feed the various bird pals you obtain from quests and different vendors. It's possible that, as the days pass, they'll also be required for quests and in other recipes.

For more help with Cozy Grove, drop by our guides on Broken Heart Imps and Relic Ash.