Dead By Daylight The Oni Abilities - What Perks and powers does the new Killer have? 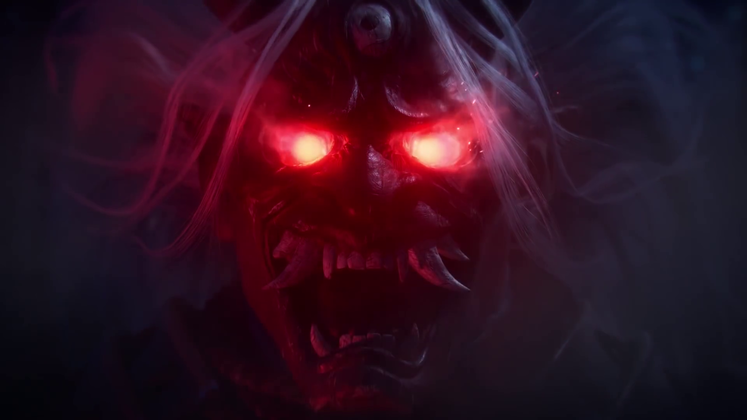 Dead By Daylight is one of the most popular asymmetrical multiplayer games available, and it stays popular thanks to constant updates and new killers, survivors and maps. The newest upcoming Killer is the Japanese-themed The Oni, and thanks to test server players, we've got a list of the Dead By Daylight The Oni abilities.

The huge demonic The Oni looks and sounds pretty intimidating, with the power to instantly down or kill a survivor. We've got a list of a few of Dead By Daylight The Oni Perks and Powers below. 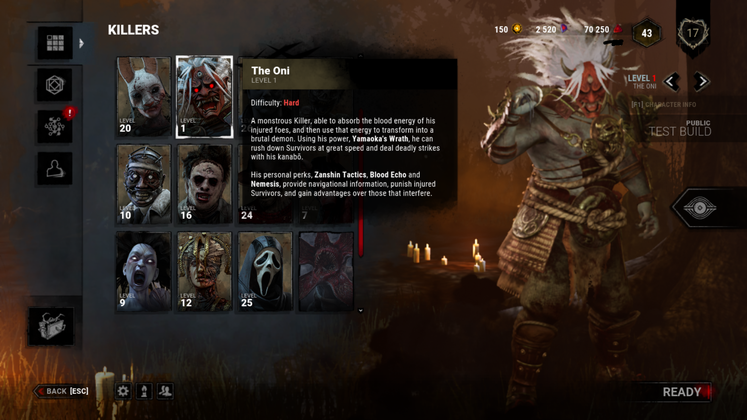 What Dead By Daylight The Oni Abilities, Perks and Powers are there?

Thanks to user MightyDwight on the game's forums, we now have a general list of the key abilities, perks, and powers of The Oni - as recorded on the Public Test Server for Dead By Daylight, where the new DLC is available. The Yamaoka’s Wrath Power remains the same, but Perks of course can be swapped or upgraded - the ones listed are the starting Perks.

Special Ability: Demon Dash - Press and hold the Power button while Blood Fury is active, to perform a Demon Dash. This allows The Oni to cover large distances rapidly.

Special Attack: Demon Strike - Press and hold the Attack button while Blood Fury is active to perform a Demon Strike in the direction you are facing. Demon Strike has an extended lunge range and successful hits immediately put healthy Survivors in the dying state.

Unlocks potential in one's aura reading ability. You are mentally alert and aware of key points on the battlefield. The Aura of all pallets and vault locations are revealed to you within a 24 meter range. When a Survivor is damaged, this perk become inactive for 40 seconds.

The agony of one is inflicted on the others. When hooking a Survivor, all other injured Survivors suffer from the Hemorrage status effect until healed and the Exhaustion status effect for 45 seconds.

You seek retribution on those who have wronged you. A Survivor who blinds or stuns you using a pallet or locker becomes your Obsession. Anytime a new Survivor becomes the Obsession, they are affected by the Oblivious status effect for 40 seconds and their Aura is shown to you for 4 seconds. A Killer can only be obsessed with one Survivor at a time.