Destiny 2 Blast Furnace - How to get the Black Armory Pulse Rifle? 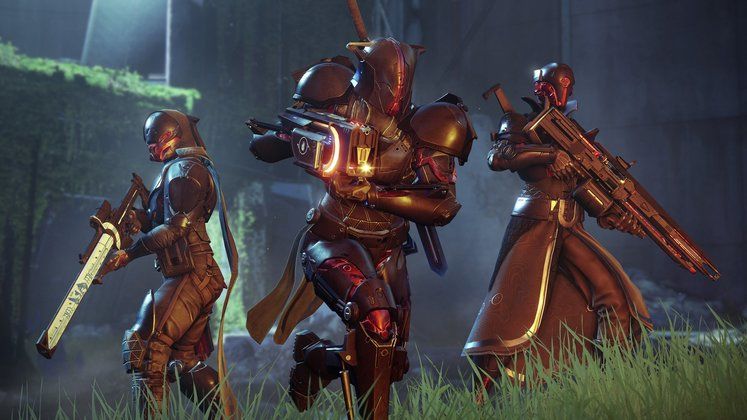 Blast Furnace is one of Destiny 2's most capable burst-firing Pulse Rifles, and this is the case even following Shadowkeep's range nerf on the majority of common weapon archetypes. If you're wondering how to get it and what Perks you should be looking for, this is the right place.

Note that Blast Furnace isn't a new weapon. It was released about a year ago as part of Year 2's Black Armory expansion pack, and quickly found its niche as a Gambit invader's choice, or even in regular Crucible PvP. Pulse rifles aren't for everyone, but this is one of the best ones you could get.

How to get the Blast Furnace Pulse Rifle?

There's not much you need to do to get a Blast Furnace, thankfully. If you've joined the game as part of its free-to-play New Light release, all you need to do is visit Ada-1 in the Tower, and complete her introductory questline. Not only will this award you with a neat Hammerhead light machine gun, but it will also unlock a variety of Black Armory weapon frames. You can focus-farm these for just the thing you want to get.

Obviously, the next step is to nab the Black Armory Pulse Frame item, and complete the objectives it requires of you to complete. They will be the following:

Any pulse rifle will do for the completion of these objectives. As for the Radiant Seeds collection, we suggest you try playing Gambit Prime or, if you're in a solitary mood, start up a Mercury Heroic Adventure. Alternatively, go to Mars - Glacial Drift. Just slightly to the right of the loading zone will be a small Lost Sector, the Ma'adim Subterrane. You can complete the whole pulse rifle Beta Frame objective, including multikills and Radiant Seeds, in just two-three runs of this Lost Sector. 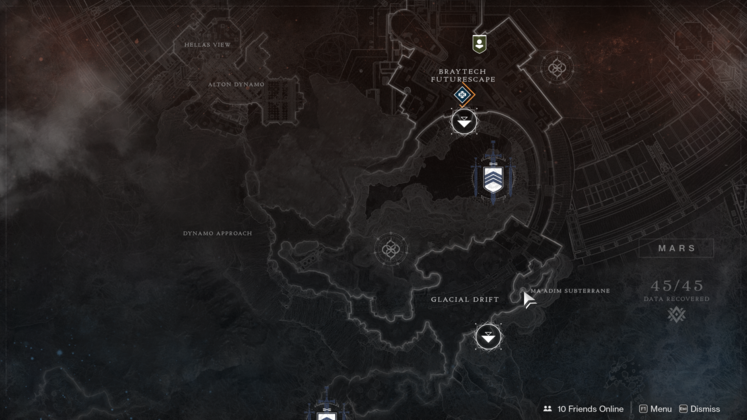 This will prepare you for the forging process of your Blast Furnace, but what is it that you should be looking for in this weapon, anyway?

What are the Best Perks for Blast Furnace? 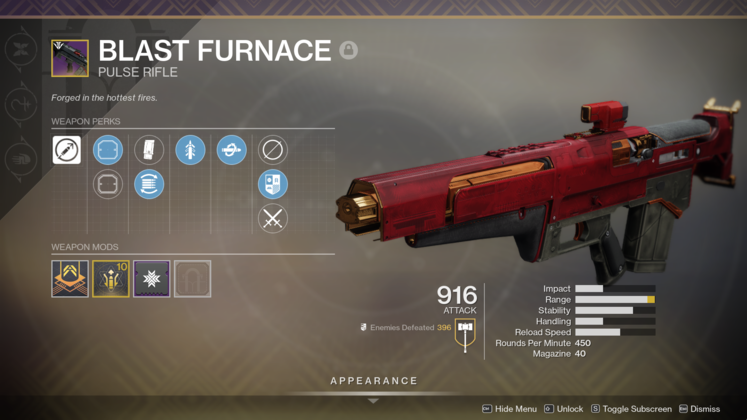 In most cases, Curated Rolls are the best possible Perk combinations a weapon could get. It just so happens that this isn't the case with Blast Furnace.

Its Curated version has the following Perks:

However, it is widely recognised that there are some Blast Furnace Perk combos that perform better than this one. For example, it is suggested that you look for:

These Perks turn an already powerful weapon into a PvP powerhouse, making it one of the very best Pulse Rifles around. We would suggest aiming for Snapshot Sights instead of Feeding Frenzy, but this is more of a matter of taste than anything else. While the chances of getting this exact Perk roll are miniscule, note that you are able to farm for it for as long as you like, and that you can optimise the entire process quite a fair bit.

Blast Furnace and its best Perk combo is available to all players, even those who've only just joined the Destiny 2 community with the game's New Light release. Good luck, and happy hunting.

If you'd like to learn what we know about Destiny 2 crossplay, check this guide out.