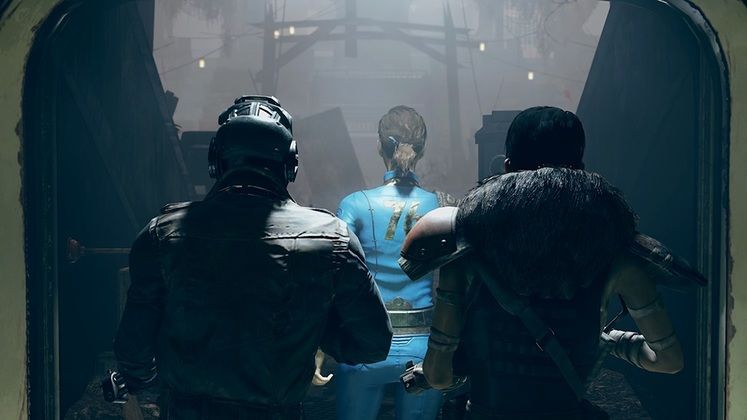 Fallout 76 will continue receiving content at a steady pace throughout 2021. Bethesda reinforced this today by revealing the title's 2021 roadmap and touching upon the new features that are coming throughout the year.

Fallout 76's 2021 roadmap shows that four major updates are expected throughout the year, each one introducing a new Season filled with rewards for players to add to their collection. 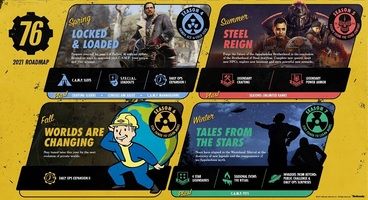 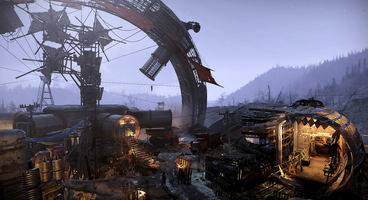 As we already know, the Locked & Loaded update landed on April 27 with S.P.E.C.I.A.L. Loadouts, C.A.M.P. Slots, Mannequins, and the first Daily Ops expansion. Season 4 will also began with it, pitting Armor Ace against Commissioner Chaos and the Yukon Five.

July is when the Steel Reign update will bring the Appalachian Brotherhood of Steel's story to its conclusion alongside "new quests, locations, NPCs, and powerful new rewards." The update will also introduce Legendary Power Armor alongside Legendary Modules that allow players to craft specific Legendary items. Season 5, titled Escape from the 42nd Century, also begins with this update, which adds unlimited Season ranks.

The second half of the Fallout 76 2021 roadmap is slightly less detailed, but still gives us some clues as to what we can expect. Fall brings with it the Worlds Are Changing update, in which Bethesda promises "an evolution to Private Worlds," the second Daily Ops expansion, and Season 6.

Tales from the Stars is the name of the final update that is set to arrive at some point during winter. Season 7 will kick off, four-star Legendary weapons and armor will make their way into the game, as will C.A.M.P pets that make your home base slightly cozier.

The Public Challenge: Invaders from Beyond event gives players on a server more reasons to band together, "complete challenges, face off against all-new foes and earn some stellar new rewards." Lastly, The Ritual is a new Seasonal event during which players will help Point Pleasant's Cultists of Appalachia prepare an "an exciting and dangerous ritual" in exchange for unique rewards.

As was the case in 2020, Fallout 76's 2021 roadmap can end up suffering changes. Content may be moved from one update to the other or pushed beyond its intended release. Nevertheless, after a shaky launch, Appalachia only looks to get livelier with each content drop.