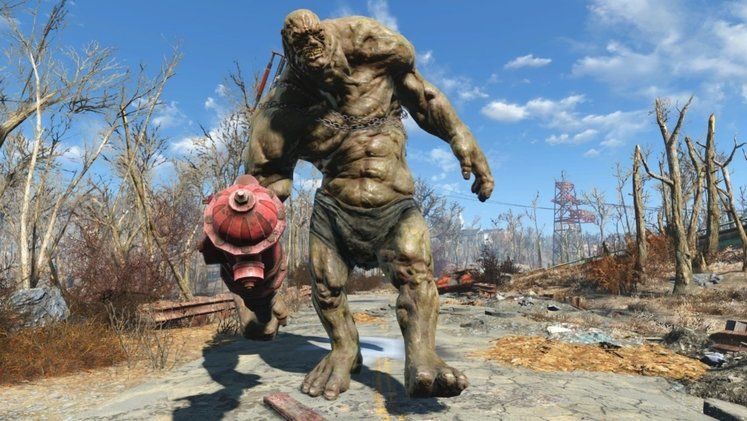 Fallout 76 is a proper Fallout game through-and-through - at least, as far as its content goes, if nothing else. With that, it's a given that it also features some of the series' most well-known enemies and creatures. Super Mutants come to mind right away, and Behemoth in particular.

Fallout 76 Behemoth locations are something you're going to want to seek out when you feel that you're ready to take on one of the biggest, most devastating threats of the Fallout universe - the Super Mutant Behemoth. Here, you're going to learn where to go to find one!

As it stands, there are two locations where you might come across a Behemoth Super Mutant. There's one to be found at Solomon's Pond, and another at the Abandoned Bog Town. It's hard to miss these massive, misshapen monstrosities even from far away, as they'll tower over anything else in immediate vicinity.

Behemoths are the strongest type of Super Mutant by far, and, as such, they come equipped with special, Behemoth-exclusive armaments such as huge chunks of metal, reappropriated pieces of scenery, and other assorted melee weaponry. That said, Behemoths are also fully capable of chucking stuff at you, making them not only incredibly imposing close-quarters threats, but also dangerous at range. Not an easy feat to beat one!

Furthermore, the Behemoth can spawn in a number of different varieties, too. So you can come across a Glowing Behemoth, an Epic Behemoth, and the ultimate Ancient Behemoth, which is really going to make you miserable unless you're very well-prepared. Happy hunting, and good luck.