Fallout 76 locks Private Servers and Unlimited Stash behind a Paywall 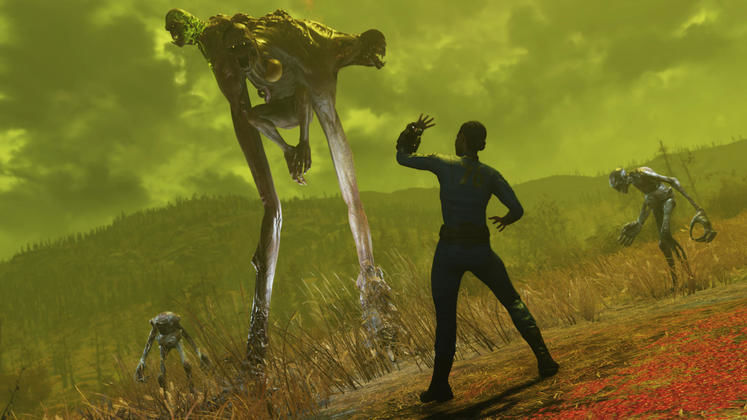 Fallout 76 was always going to get its private servers, though it had previously been unclear in what form, exactly, will that happen. Now, Bethesda has revealed their premium Fallout 1st subscription service, one of the features of which will be Fallout 76 private servers.

Aside from locking private servers behind a paywall, this new subscription service also includes unlimited storage space, the revered New Vegas Ranger outfit, a handful of Atoms, and a moveable player housing. It's also available right now, if you're interested. 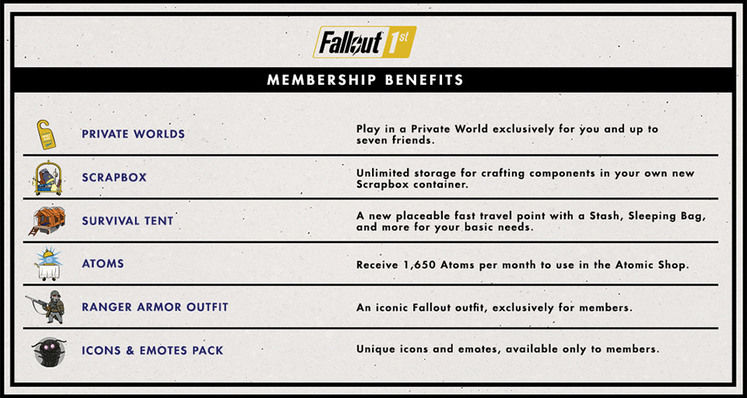 "The community has been asking for the ability to play in private worlds since before the launch of Fallout 76, and we’re very excited to announce that they are coming to the game with Fallout 1st," says Bethesda's announcement.

Not only will subscribers be able to create private Fallout 76 matches (which non-subscribers can join, too), but they will also be given Atoms, Atom Discounts, and the legendary Ranger Armor outfit, which many have wanted ever since the game released. To spice things up even further, infinite stash space and a mobile player housing will make sure that you're always on the move, and always collecting scrap.

If you're interested in making the purchase, note that it's an ongoing subscription, and not a one-time expense.. You can opt either for the monthly €14,99, or a far more substantial yearly €119,99.