Far Cry 6 Industrial Circuits Location - How to Obtain and Uses 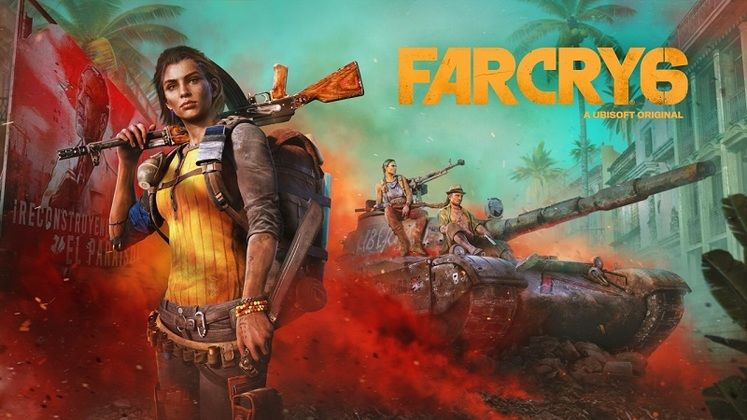 Far Cry 6's Industrial Circuits are one of the game's rarer crafting resources, required if you're eyeing several rank four attachments for both regular and Resolver Weapons. While you may not immediately be aware of them, you will eventually want to know if there's a set location where they magically grow or how you can obtain them.

Far Cry 6's Industrial Circuits aren't tied to any specific location but can be obtained from a couple of different activities that Dani can engage in as they're fighting for Yara's liberation. 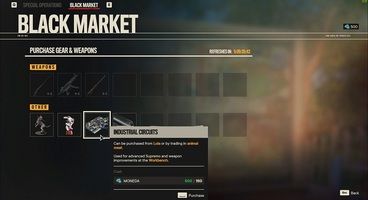 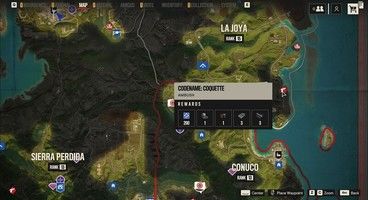 One source of Far Cry 6 Industrial Circuits are Ambushes, marked on the map with a red rhombus icon that has a white pistol inside it. These activities usually involve helping guerillas battle a few of Castillo's soldiers to secure a supply drop. The best way to approach them is stealthily but going in loud also gets the job done. After the coast is clear, don't forget to loot the supply drop.

Although not all Ambushes reward Industrial Circuits, hovering over their map icons brings up a tooltip with the items you obtain by completing them, which lets you target those that grant the rare crafting resource over others. Ambushes, in case you're unaware, are unlocked by talking to guerillas across Yara that have a white question mark icon above their heads.

Another way to obtain Industrial Circuits in Far Cry 6 involves trading alpha animal meat for them at Juan's Dealers or Workbenches. Alpha animals seem to spawn randomly, so your best bet is to roam around existing hunting spots, whose locations you can discover by purchasing brochures from a Hunting Lodge, as long as you've built one in any of your three main camps. Use a bow, to make sure that the meat isn't damaged.

The third method of obtaining Industrial Circuits in Far Cry 6 is buying them from the Black Market, via Lola, the NPC found in your hree main camps who lets you access Special Operations. As soon as you open the menu, you'll notice that Lola trades only in Moneda, currency obtained by completing Special Operations or activities related to the post-game Insurgency mode.

These are three useful methods that should grow your Far Cry 6 Industrial Circuits count, letting you unlock some of the game's most powerful weapon mods. For more on the title, here's what we know about it coming to Xbox Game Pass and Ubisoft Connect rewards.