Halo: MCC flighting is one of the things fans of the series are most excited about nowadays, especially on PC, as that's the umbrella term for various alpha and beta testing phases that Halo games go through pre-release. The latest word from 343 and Microsoft is key information about the PC flighting phase.

Not only have 343 now showcased screenshots of Halo: MCC on ultrawide monitors, but they've also announced that Halo: Reach's PvP mode will be coming in the final flighting beta, after campaign and firefight test phases. 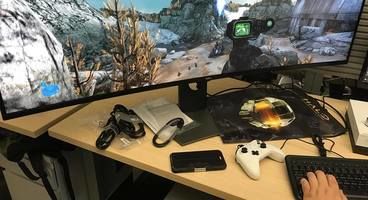 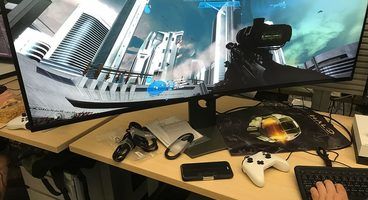 According to the latest Halo Waypoint blog update, here's the designated PC flighting schedule. Keep in mind that the Campaign flighting has already been completed, with Firefight coming next:

You can also see Halo: Reach running on glorious ultrawide resolutions, though the team is still figuring out what to do with the UI when there's so much screen real-estate available.

As for the speculation on which core Halo: MCC bugs will make it to the end-product, developers have noted that they are, in fact, looking into a whole slew of issues reported during the previous testing phases, though they've noted that some might be too risky or too expensive to resolve.

The developers have also shared some information on the PC anti-cheat tools that Halo: MCC will use: "we will be utilizing an industry-leading anti-cheat solution that will be used to protect matchmade games played on dedicated servers," they said. "Our goals are to protect players while also providing freedom to players who mod as long as it doesn’t negatively impact others."

Finally, Halo: MCC's PC build will be available on Gamescom this August - the Tip of the Spear Demo - and there's going to be opportunity for some hands-on time, for the present and interested parties.

More details are soon to follow, so stay tuned. In the meantime, check out what else we've got on Halo: MCC, such as modding information and PC graphics settings menus.