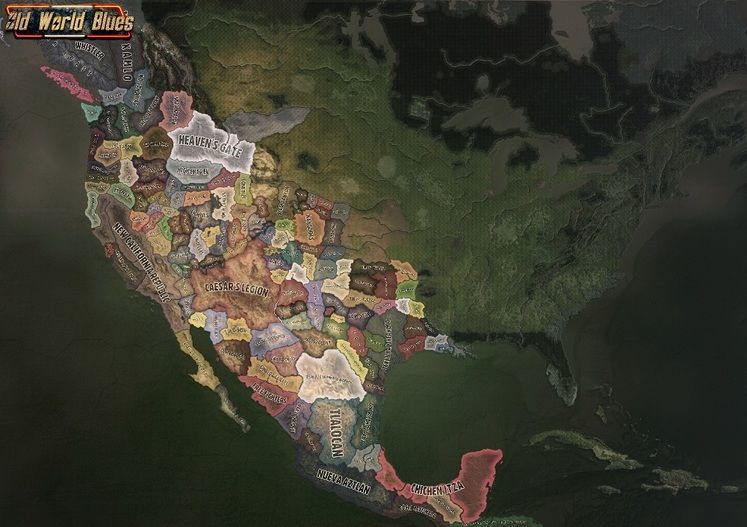 Let's face it: we're not getting that many post-apocalyptic grand strategy games and the chances of Fallout making the jump to this admittedly niche sub-genre is quite minuscule. But that's no reason to despair, as the team behind Hearts of Iron 4's Old World Blues mod has found a solution for our woes.

HoI4's Old World Blues mod trades World War II for Fallout's post-apocalyptic future. Set 6 years before the events of Fallout: New Vegas, you can take the helm of popular factions like the New California Republic, Caesar's Legion, but also more obscure and new ones, then proceed to paint the map in your color.

Old World Blues replaces the world map from vanilla Hearts of Iron IV with a custom map of North America. Mountain ranges act as impassable terrain that you'll have to work around or use to defend yourself. In the meantime, navigable rivers provide additional access paths to different spots on the map.

Old World Blues also introduces "a dynamic war system that ensures that the AI nations act on their own, respond to aggression, and strike when their opponents are weak" to Hearts of Iron IV, so you will want to watch your back. Knowing how volatile some Fallout factions are, alliances might not always pan out the way you want them to.

You can grab Old World Blues from the Steam Workshop and watch one of our more popular timelapses featuring the mod in the video below. If you're also in the market for more Hearts of Iron IV mods (they're all free, don't worry), check out this here list.