Koch Media today announced its newest publishing label, Prime Matter, alongside its rich 12-title portfolio. Dedicated to working with developers across the world, the Munich-headquartered publisher looks forward to "delivering brilliant immersive games," that span a variety of different genres.

Led by Mario Gerhold, Prime Matter comes forth with a handful of releases from established intellectual properties, such as King's Bounty, Payday, and Painkiller, alongside multiple titles based on new IP. Its current 12-game portfolio is set to release over the next couple of years, and we've highlighted below everything that we learned about during a press event held at the start of the month. 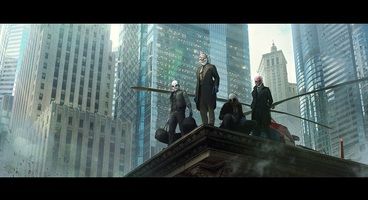 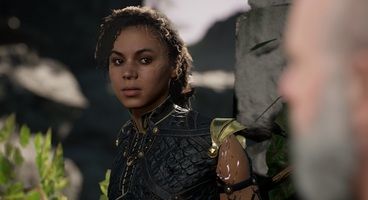 Payday 3 is one of Prime Matter's heavy hitters, but also the game that's the furthest away. Scheduled for a 2023 launch, it focuses on high-octane first-person shooter action that sees its gang of criminals returning with a "thirst for vengeance."

Crossfire: Legion then steps into real-time strategy territory. Built with an "easy to jump in mindset" its tasks commanders with adapting to unexpected events, while managing a "plethora of units with strengths and weaknesses" during hectic battles. Blackbird Interactive's upcoming title will feature both a single player campaign alongside multiplayer that will strive to offer players a classic RTS experience.

King's Bounty 2 will be the first title published by Prime Matter and one of its key 2021 releases. The turn-based strategy game has a lot in common with the previous titles in the series, despite the switch to a third-person camera and higher production values.

From a distance, The Last Oricru might seem like yet another fantasy game, however, this challenging third-person action-RPG's world mixes sci-fi and medieval elements. The title emphasizes dynamic storytelling and gives players the chance to drastically change the fate of the world through their actions. Read more about it in our hands-off preview. 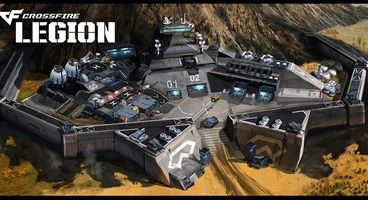 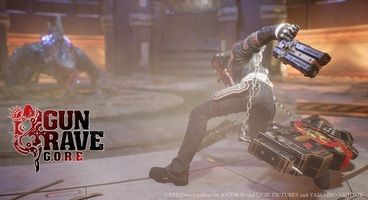 Encased still swims in RPG waters – cRPG, to be more exact –, but presents its dystopian sci-fi world from an isometric perspective. Set to release in September, it's centered around the CRONUS Corporation's efforts to make sense of an uncovered artifact called The Dome. Its technology could help humanity advance significantly, and you contribute to these efforts by joining one of the corporation's different wings, each with its own role, world view, and mechanics.

Although we only saw a brief teaser of Gungrave G.O.R.E, its over-the-top action and badass anti-hero protagonist immediately piqued our interest. It's hard to argue against someone emerging out of a flying coffin and effortlessly slaughtering a gang of would-be badasses, after all. When it launches next year on PC and consoles, the game will give players a chance to "mow down tons of enemies in a gory ballet of bullets and experience a story of vengeance, love, and loyalty," according to developer IGGYMOD.

From there, Prime Matter revealed that it is collaborating with developer Brass Token on a third-person action horror adventure game that "explores the dark side of spirituality." Its working title is The Chant and it is set on "the tormented grounds of a New Age cult," its main character awakening the "psychedelic horrors of another dimension."

The Chant won't feature guns, knives, and typical physical weapons. Instead, both melee and ranged combat have a spiritual and occult spin to them. Players go up against supernatural and physical enemies and can employ different strategies in order to survive, defeat, and escape their monstrous assailants, in Q2 2022, when the game launches on PC and consoles.

If you're keeping track, you'll surely have noticed that Prime Matter has quite a few upcoming third-person titles. Final Form (also a working title) was a bit of a combo-breaker during the presentation, aiming to become a "new definer within the FPS category." In it, the Earth is gone, while a lone starship with a humanoid factory on board is making its way to a distant world, promising a new start for humans.

Developer Reikon Games didn't show too much of the fast-paced FPS, which is in early development, but promises a single player campaign alongside co-op that supports up to 3 players and which ties survival to the need of staying in motion. 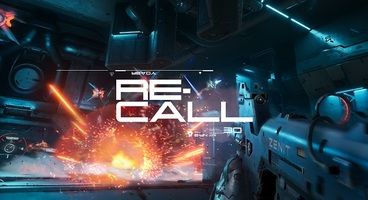 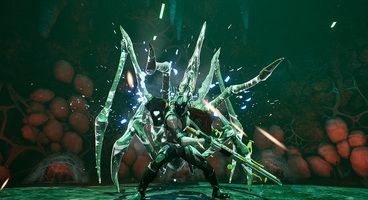 Echoes of the End, Dolmen, and Scars Above

Icelandic developer Myrkur Games is making its debut with the narrative-driven third-person action-adventure title Echoes of the End. In it, players guide Ryn, a seasoned fighter able to manipulate and destroy matter, on her journey to discovering her true purpose.

We also saw deep-dives on sci-fi Lovecraftian SoulsBorne game Dolmen, which is in the final stages of development, alongside sci-fi action adventure game Scars Above, which intertwines third-person shooting with bouts of exploring a strange alien planet.

At the very end, Prime Matter also revealed that it was bringing Painkiller back with a new game developed by Saber Interactive. Unfortunately, that's all we know at the moment, but we're willing to bet that, at some point in the future, scores of demons are going to have a very bad day.