Here's where we'll explain everything that's changing and being added with League of Legends Patch 11.15.

As we enter the second half of 2021, League of Legends Patch 11.15 is now available on live servers, expanding the MOBA's impressive roster with a new character, Akshan, the Rogue Sentinel, and introducing new cosmetics and balance changes.

A look at its patch notes reveals its release date alongside the addition of more Ruined and Sentinel skins.

Riot Games pumps out new updates like clockwork, making the MOBA's patch schedule necessary to keep track of when the next one's due out. The LOL Patch 11.15 release date was set for Thursday, July 21, which is when the changes that make it through testing hit live servers.

The turnarounds below showcase each character model, giving a good idea of what to expect in-game. Although not the most numerous offering, it's one of the most varied we've seen throughout 2021. 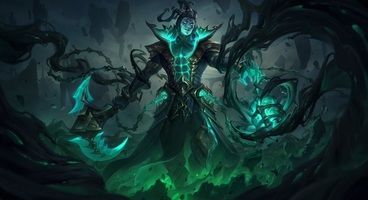 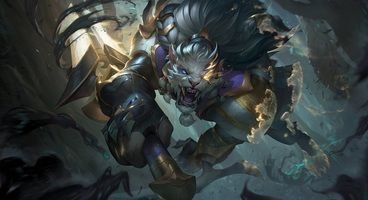 The LoL 11.15 maintenance schedule is always revealed closer to launch. Usually, it takes about 3 hours for patches to be deployed across different regions. Checking our League of Legends Server Status article is a good way to keep yourself informed on server downtime caused by patch deployment or other reasons. 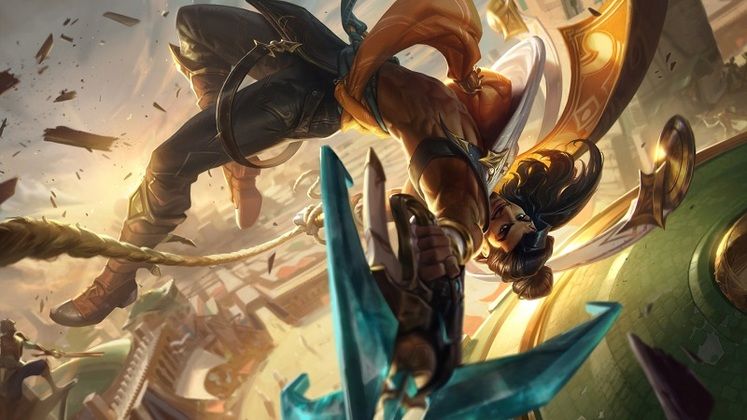 Below, you can check Akshan's futuristic Cyber Pop Skin, which also launches with League of Legends' Patch 11.15. It's a different, yet no less adventurous, take on the newest champion that adds more clothing with a livelier color palette while also sees him trading long locks for a sharper haircut.

League of Legends Patch 11.15 preview has been shared by developer Riot Games, pointing towards the upcoming list of buffs, nerfs, and adjustments. As far as items go, only Hullbreaker is in for a set of buffs. Champions like Syndra, Xayah, and Mordekaiser will also see some form of power increase this update.

Aurelion Sol, on the other hand, is getting nerfed. Lead Gameplay Designer Jeevun Sidhu explains that the champion's win rate over the course of the MOBA's last two patches has been 57.3% and 57.4%, respectively, which happen to be "the highest win rates of any champion in Elite MMR."

Other champions set to be nerfed, include Gwen, Sylas, and Thresh. At least everyone's favorite lantern wielder gets a new skin.

Continuing to drop early sustain in a few places, and some buffs for champions in places that we think players will enjoy. pic.twitter.com/m2I2LPTgX1

LoL 11.15 also brings tweaks to the MOBA's Ultimate Spellbook mod, increasing the damage taken by Jax and Trundle, while reducing Yuumi's damage output, healing and shielding ability. On the other hand, Bard deals more damage and is slightly more resistant to enemy attacks.

The first batch of balance changes have now arrived on the League 11.15 PBE, targeting several champions. Shyvana's Twin Bite has had its AP ratio increased by 10% and its cooldown reduced, which means it can now be used more often to deal more damage.

The duration of Rumble's passive ability was slightly reduced, while Mordekaiser's W ability now has a lower cooldown and has had its stored damage increased by 15%. Kennen and Blitzcranks's Q ability also deals more damage, where Nidalee starts with more health and also gains more health per level.

A new set of changes slightly increase the cooldown of Aurelion Sol's Q, while decreasing Wukong's health growth to 2.5 from 4. Xayah's ultimate can now be used more often, as can Rell's W.

With the League 11.15 PBE testing cycle completed, the full list of balance changes is now available on the game's website, where you'll find the full patch notes that also detail a small number of bugfixes that's now live.

Also check out what Patch 11.14 has brought to League of Legends and watch the ghastly Unbound Thresh skin in action in the video below.