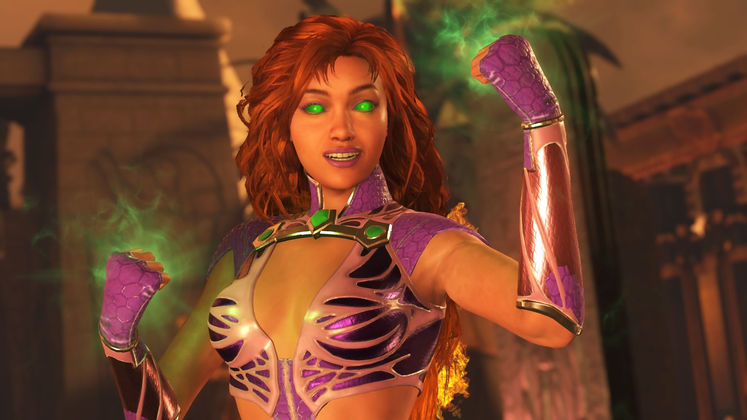 We'll show you exactly how to get Starfire in LEGO DC Super Villains, why she's so sought after, and get you to that Teen Titans reunion just in time to watch the Titans TV show finale. 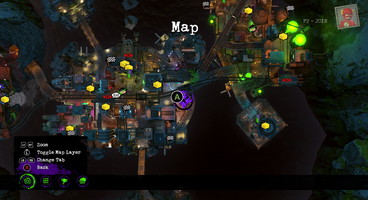 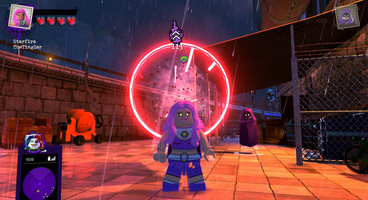 The good news is that Starfire can be unlocked at any point in the game, and is actually really easy to find - at least, if you know where you're looking. Her unlock token is hidden in the open world, and all you have to do is find the character token case and smash it.

Head to the map point in the picture above. It's in Gotham City, just next to the GCPD Headquarters - on the left, if you're facing the door. Head down the steps to a little area with a lot of skips, trash, and boxes, and at the back is a small structure with a metal chain link fence. At the back of this bit, on the floor, is a large dark brown case - these are character token cases, which are hidden all over the open world.

Smash this case and you'll get the Starfire character token! Now just open up your character select screen (hold the character select button - Y on an Xbox Pad, Triangle on PS4) and Starfire should now be on there. You'll have to pay studs to unlock her though - it's 150,000, which isn't too bad, and is certainly worth it.

Congratulations, you have now unlocked Starfire in LEGO DC Super Villains! This also adds her costume to the custom character creator. She's sought after because she's a powerful flying character, and of course is a member of the Teen Titans - most importantly, she's voiced by her traditional cartoon voice actress, Hynden Walch.

Here's where to get Jessica Cruz Green Lantern, a flying/Lantern character who's also available in the open world. Or, if you just want to cheat characters, here's how to unlock them with codes.