Rage 2 has got the Denuvo anti-tamper tech implemented, but not across the board. Strange as that might sound, Rage 2's Steam version is loaded with Denuvo, while the Bethesda.net build has no such thing. This has led to speculation that Steam Rage 2 runs slower than Bethesda Rage 2, so is that true?

The matter of whether Rage 2 runs slower on Steam is more complex than you'd expect, and our own reviewer has conducted stress-testing to try and find out whether this is indeed the case. The results tell us that while there is no performance difference between the two versions, something certainly is different.

Does Rage 2 run slower on Steam? 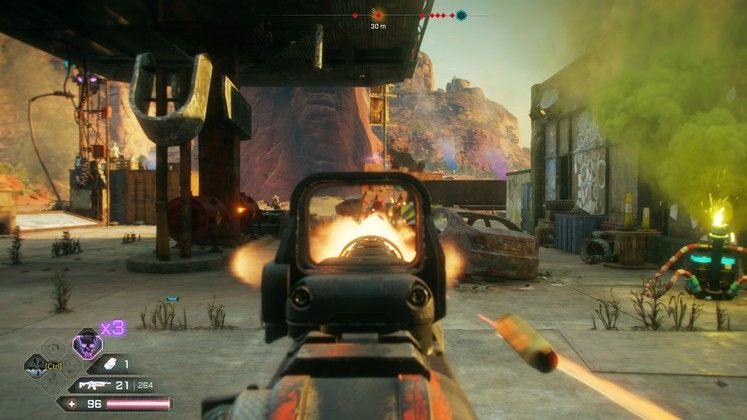 To reiterate: Rage 2 runs perfectly fine on Steam, even with Denuvo loaded on top of the game's executable file. There's been no difference between how it runs on Steam and how it runs on Bethesda.net whatsoever, and you shouldn't expect varying performance between the two versions of the game, either. That said, it is a simple matter of fact that, while the Bethesda.net version of Rage 2 has an .exe of about 50 MB in size, Steam's version is almost ten times the size. So how does this affect the game?

In short, Rage 2 Steam loads slower than Rage 2 Bethesda.net, however, the difference is practically negligible. Whereas you'll get a boot time of about 2 seconds if you're launching the game via Bethesda.net, the Steam build will boot up in about twice the time. Rage 2 still boasts an incredibly fast load time (especially for an open-world title) and this shouldn't trouble you much at all.

The reasoning behind including Denuvo on Steam is interesting, however, and it remains to be seen whether Bethesda will comment on the matter or not.